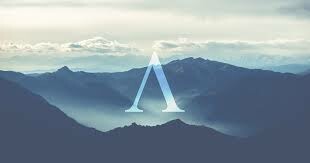 What Is Ampleforth (AMPL)?

Ampleforth is an Etherium-based cryptocurrency with an algorithmically adjusted circulating supply. It is designed to be the base money of the new decentralized economy, by providing an asset that cannot be diluted by supply inflation and remains decoupled to the price action of other cryptocurrencies—and Bitcoin(BTC) in particular.

This change is propagated to all Ampleforth wallets, which have their wallet balance adjusted proportionally. Irrespective of this change, AMPL holders will still retain the same percentage of the token supply.

This automatic supply adjustment process is known as a “rebase” and occurs once each day, with a positive rebase if the price goes above $1.06, and a negative rebase if it is below $0.96. The overall goal of the system is to create incentives that drive the market price of AMPL back to ~$1. 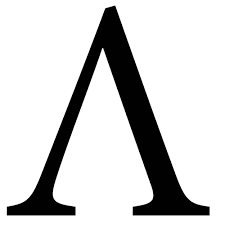 Who Are the Founders of Ampleforth?

Ampleforth was founded by Evan Kuo, an experienced product manager and serial entrepreneur that holds a bachelor of science (BS) in mechatronics, robotics and automation engineering from UC Berkeley.

Besides Kuo, the Ampleforth Foundation team is almost entirely composed of engineers and includes ex-Uber and ex-Google senior software engineer Brandon Iles, who is also listed as co-founder of the project. As per its Linkedin page, Ampleforth currently lists just over a dozen team members, the vast majority of which operate in the San Francisco Bay Area.

Ampleforth is unique in that it aims to provide a truly non-correlated asset that can be used for diversifying cryptocurrency portfolios, as a reserve collateral for decentralized finance (DeFi) applications and eventually as an alternative to central-bank money that is resistant to shocks.

Ampleforth achieves this by using an entirely new system, which sees the circulating supply expand and contract in response to consumer demand, without diluting any individual stakeholder. Ampleforth believes that this property makes it suited as a new type of base money for the digital economy — similar to how gold was previously used as the base money to many fiat currencies prior to the dissolution of the Bretton Woods agreement.

Because the Ampleforth supply is unaffected by inflation or any other dilutive factors, it is uniquely positioned as an asset that is able to maintain its purchasing power against other assets. This makes it attractive as a hedge and as an alternative to fiat currencies suffering from rampant devaluation.

How Many Ampleforth (AMPL) Coins Are There in Circulation?

Unlike the vast majority of cryptocurrencies, Ampleforth does not have a fixed minimum or maximum supply. Instead, the number of AMPL tokens in circulation will continue to grow if the price stays above $1, whereas it will continue to shrink if it is below $1.

In addition to several private investment rounds, Ampleforth raised $4.9 million in an initial exchange offering (IEO) launched on Tokinex. As part of this sale, AMPL tokens were sold at $0.98 each.

Ampleforth initially launched with a circulating supply of 50 million tokens. According to the original transparency report , these tokens were allocated as follows: 23.2% to the ecosystem; 18.5% to seed investors; 3.3% to series A investors; 10% to Tokinex IEO participants; 25% to the Ampleforth team and advisors; and 20% to the treasury.

As per a more recent report (August 2020), the most notable changes to the supply distribution include ~42.5% of AMPL is now held by the community, while 23.5% is allocated to liquidity mining programs.

How Is the Ampleforth Network Secured?

As an  ERC-20 token, Ampleforth is built on top of the Ethereum blockchain, and benefits from the strength and security that comes with its extensive node and miner network.

Beyond this, the integrity of the Ampleforth network is maintained by a decentralized network of oracles, which are used to feed in the price data used to determine whether there needs to be a positive or negative rebase.

Until December 2019, Ampleforth was previously the only oracle provider used to source market data, but it has since integrated Chainlink oracles for the same purpose — helping to avoid the centralization of oracle data. Now, data from multiple aggregators is used in the logic behind the rebase function.

Where Can You Buy Ampleforth (AMPL)?

AMPL One Step Closer to Aave