Alien Worlds: Beyond the Gold Rush

Last month, Alien Worlds released the first phase of their interstellar NFT-based game which includes the ability to Mine on any of five different planets for currency, in the form of Trilium, and potential loot, in the form of NFTs. 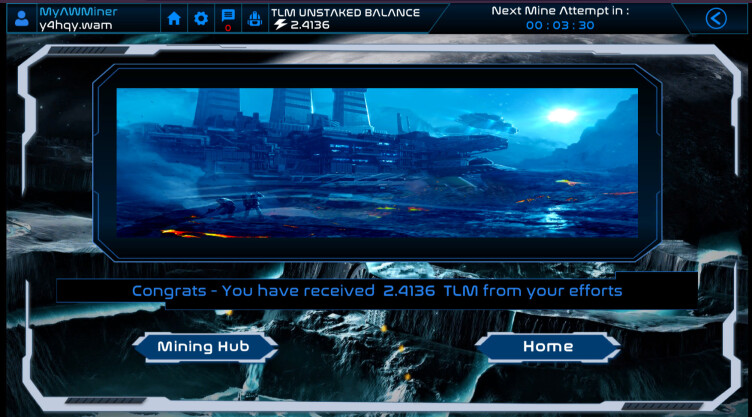 This release was soon after their very successful and sold-out Land pack sale. And with the ability for anyone to get started in the game for absolutely nothing, a gold rush was started. Land and tool values skyrocketed by 500%, miners poured in from all corners of the Internet in increasing numbers — 100-200 new participants daily, and Alien Worlds, with mostly word of mouth marketing, suddenly became one of the hottest apps on WAX!

And as with any gold rush, there also comes the merchants, the speculation, land developers, grifters, and many, many players eager to make their marks and/or fortunes upon the Universe.

Rise of the Feudal Lords

Owning Land in Alien Worlds is a potentially lucrative business. Not only are you given a chunk of Trilium every once in a while simply for holding, but anytime, anyone mines on your plots, you receive a percentage of their Trilium earnings.

Now since there are ~3400 plots to choose from, just kind of hoping that miners happen to pick your plot, is most likely a lesson in futility. And so, the games and competition have already begun. Land Owners have started offering discounted commissions, random secondary rewards, and even NFTs from other collections!

Though one of the main features of Alien Worlds, planetary governance, is still a future feature, larger coalitions have begun establishing themselves, carving out fiefdoms on planets and coordinating multiple owners into a united front. I can’t wait to see how things heat up once there is some sort of built-in election and planetary control process!

To NFT and Beyond!

Alien Worlds always intended their system to be a base for others to build on, and are already seeing the first signs of a growing, connected ecosystem.

Ultra Horrors, CryptomonKeys, and R-planet are just the beginning. We will see more partnerships and integrations with other NFT collections. And who knows what the players themselves will conjure up! We’ve already seen numerous giveaway and rewards systems, and even a gathering of cards for sacrifice in a Volcano!

As for Alien Worlds itself, their next feature, Shining (merging several cards into one of higher shininess), will be coming on January 25th. They are also actively working on the Thunderdome and planetary governing aspects.

Great stuff has been happening in Alien Worlds and I expect only more to follow. It is never too late to join, as getting started with Mining is completely free! If you do decide to join up with the Mining frenzy, consider mining on any of my lands shown in the image below. All commissions are set to a very reasonable 10%!