Balancer Labs to refund the money stolen to liquidity providers.

After back to back attacks on Balancer exchange almost 2 days ago. (I covered the same in this article as soon as it was made widespread by news-source and prominent crypto-figures). Balancer Labs have announced that they will be refunding the $500k which was stolen during the hack.

Apparently the flaw related to deflationary tokens like STA was earlier found and disclosed to Balancer Labs by Ankur Aggarwal who runs the twitter account @Hex_Capital but the same was deemed to be practically impossible for anyone to implement thus being not recognised as an actual bug by Balancer Labs. Now Balancer labs have decided to refund the amount stolen to the community and the bug bounty to be given to @Hex_Capital for their contribution in disclosing the flaw. 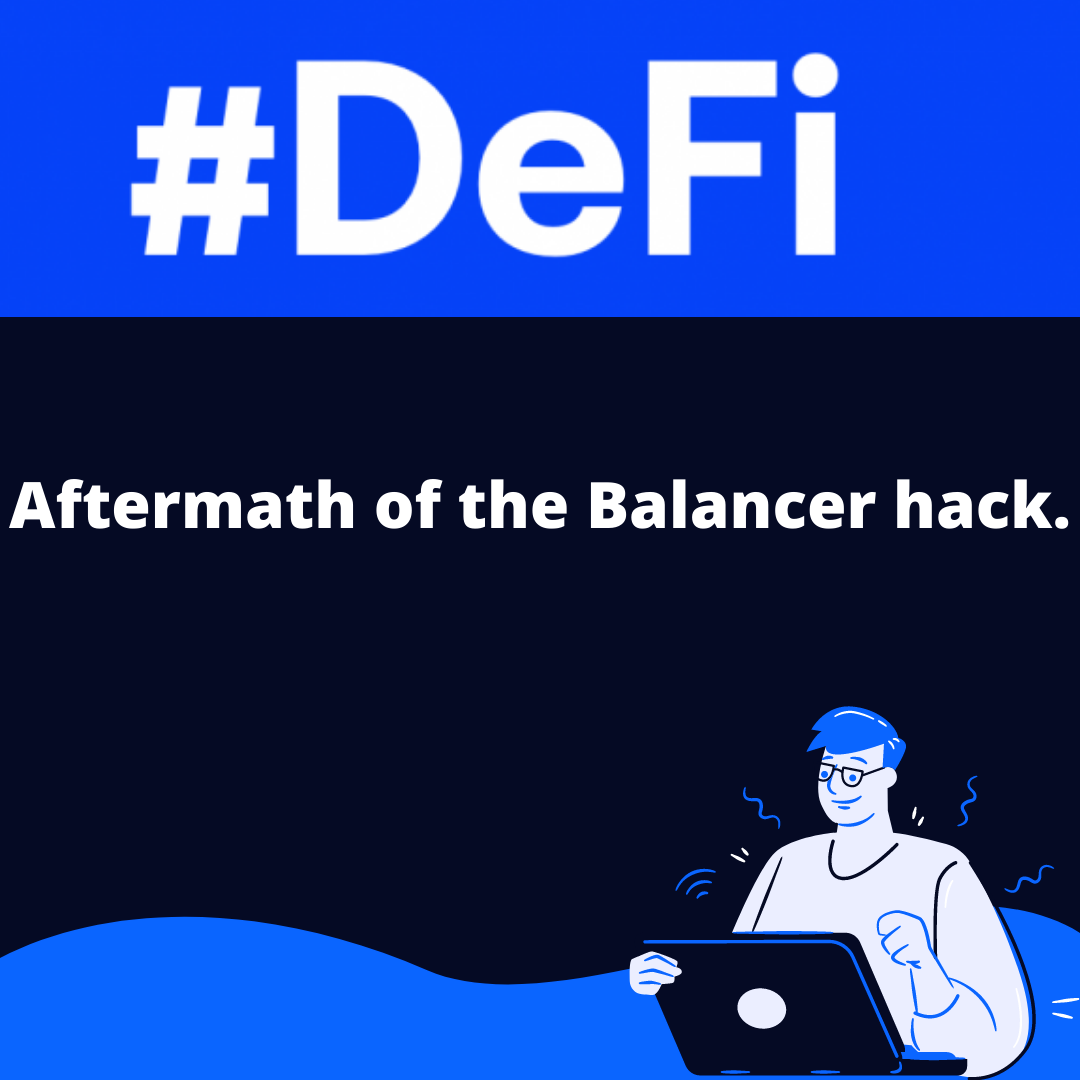 In conjunction with Balancer, Statera whose token STA was the main exploit point also announced that they will be reimbursing STA tokens to all liquidity provider just as Balancer is providing refund to the liquidity providers.

Also to note that several users also started blaming and threatening Balancer Labs and Statera with lawsuits amongst this whole hack debacle. To be devils advocate you can also see that during this whole ordeal Balancer Labs has been very transparent with the community.

Balancer Labs states that they are not setting a precedent by refunding amount and any future losses are not guaranteed to be reimbursed by them as every investment opportunity carries a certain risk with itself.

To read more into details regarding how the attack happened and how Balancer is dealing with it i suggest you read these reports by Balancer on Aftermath of the De-Fi hack. Report-1, Report-2.

De-Fi is a crazy world. It has a supportive pool of users who defends that even though it is still in a nascent age but has lot of room to grow and potential to show with lots of real decentralised applications. On the other hands it has its own share of critics as well. One thing is for sure it is certainly earning tons of money for those who invested early into it. But is this growth sustainable? Are we seeing a technology that is right now what bitcoin was in 2012-13 and will see massive boom in some time. All this remains to be seen.

I would like to close this article with this tweet that i read (unfortunately i don’t remember and am unable to find the author to credit them.)

Everyone is for De-Fi technology unless its their money on the line.

DISCLAIMER- I can say that i am a little biased while writing this article because i myself was a liquidity provider in the STA pool and was the victim of the hack with almost $150 of my own money gone. I am glad that they decided to reimburse the money and if nothing this acts as a learning experience to all- Balancer Labs and its users.

REMEMBER: Always invest what you can afford to lose. Always diversify and do not put all your money into one source.

How cryptoexchanges are different from tradtional currency exchanges