Last week, a higher low formed (highlighted in yellow) followed by a lower high. Currently Bitcoin is trading around the local support zone (in white) that we discussed in our previous analysis. Are we going to print a higher low here again or are we going to drop through it to look for the daily golden pocket?
Looking at the rsi I do expect the support zone to hold but to gather some more info we will zoom in further. 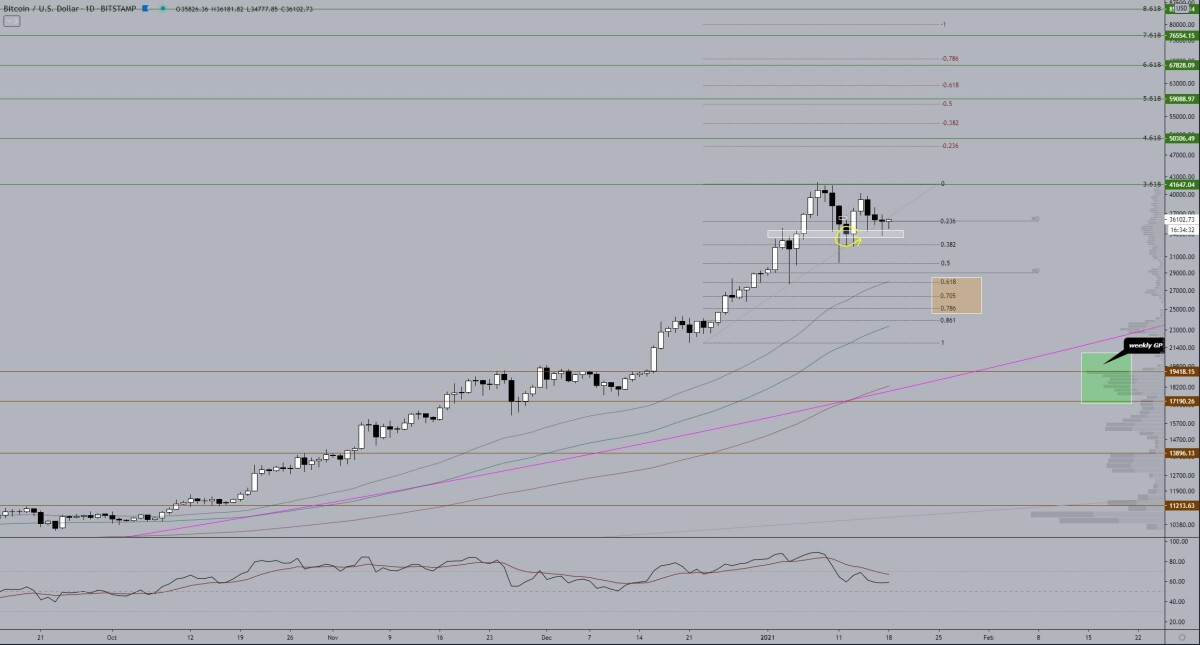 The uptrend line in blue continues to provide support and has formed a symmetrical triangle. Within the triangle a possible falling wedge is forming. I say possible because the lower trendline is not yet legit with only two touch points.

The price is currently locked in between the ema55 and 100 which are still bullish. The rsi has made a bullish crossover on the ema and is about to do the same at the middle line. All in all, things are looking pretty reasonable only we should not rule out a possible drop to the lower yellow trend line or even the ema200. 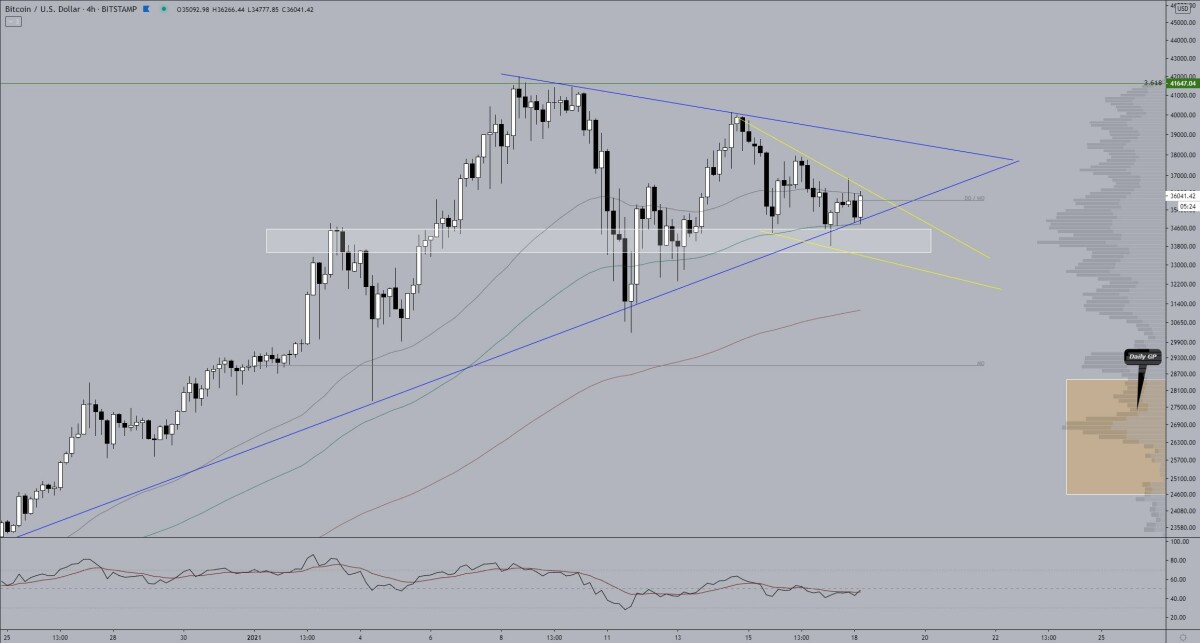 We took a look at the 1 hour chart to get even more detail. And what we see here is quite favorable for a possible rise. A higher low has been set, but the higher high is still awaited. The ema200 is currently still providing some resistance and has confluence with the green resistance zone. When this zone is broken we can speak of a local structure break and see if Bitcoin can also break out of the triangle bullishly.

Conclusion:
I consider the greatest chance for a rise but as I already mentioned the local structure (36500) has to be broken for this. However, there still remains a possibility of testing the lower trendline of the possible falling wedge but longterm that would not matter much as it is a bullish pattern.

However, if we get candle closes below the white support zone on the 4h it will be time to see how deep Bitcoin can go down but for now I don’t think that chance is that high.

Major support is at 33500 – 34200 and resistance will be encountered at 36500 which could be the local structure break. Above that there is support around 39000. After that it’s the extended fib levels that you see on the chart in green.

So began the history of Bitcoin 12 years ago

Bitcoin: The Pros and Cons of Billionaires and Companies Acknowledging Bitcoin