In just a few weeks after passing the $1 trillion market cap, Bitcoin (BTC) valuation has now exceeded the total value of physical cash from Australia, Bitcoin being the world’s largest cryptocurrency now has more value in circulation than the entire Australian M1 (Physical Money) money supply.

February 2021 Bitcoin (BTC) has crossed the $1 trillion capitalizations for the first time, in just a month it was already worth $1.085 trillion, 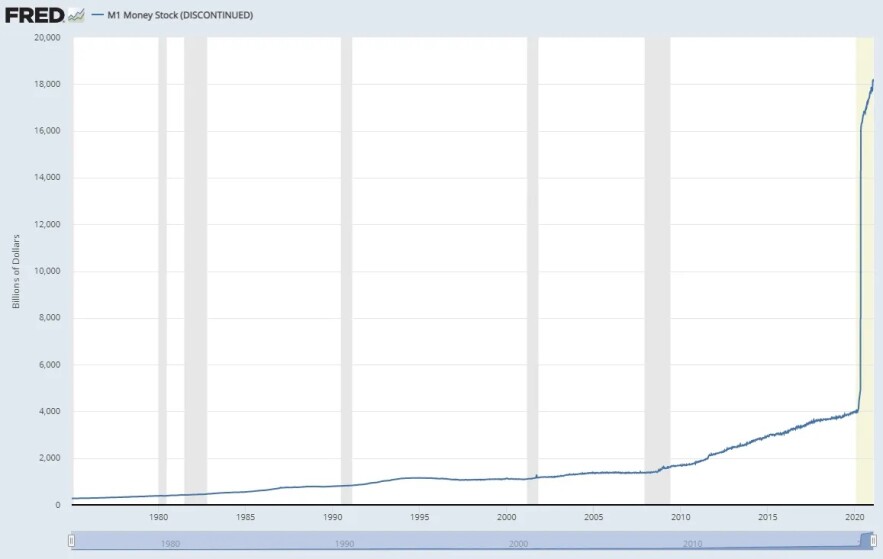 Although the valuation on Bitcoin (BTC) only serves as a barometer of its growth, not all comparisons with fiat currencies are the same, printing money in 2020 is aimed at overcoming economic hardships.

Economic stimulus deals, quantitative easing, and other unconventional market control strategies generally require growth in the money supply, when comparing Bitcoin (BTC) to all currencies, the world’s largest cryptocurrency, Bitcoin (BTC) is still doing quite well, and according to FiatMarketCap, Bitcoin (BTC) ranks fourteenth on the global currency list, beating the Russian ruble and the Singapore dollar. 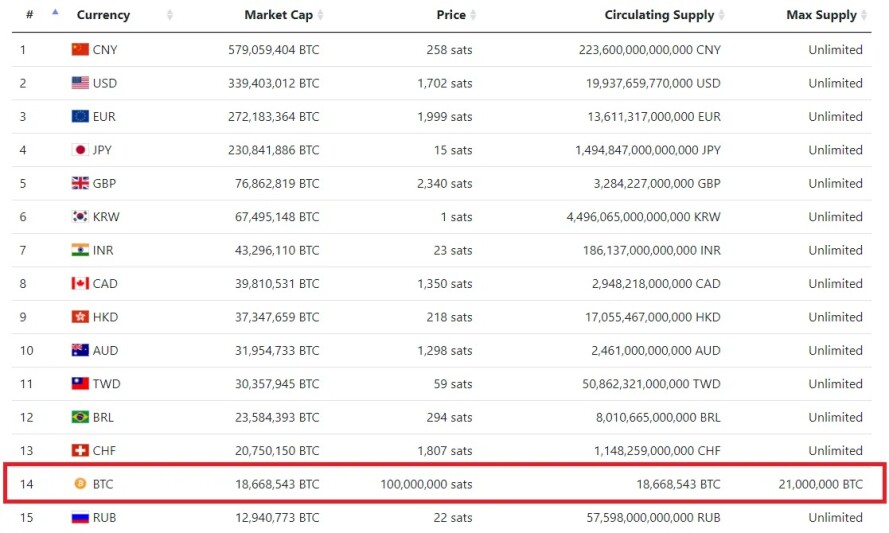 Even though a country can easily print money, Bitcoin (BTC) can actually strengthen its value over time.

Second, the supply of cryptocurrency is limited but does not apply to fiat currencies, each year the US dollar experiences several percentage points of inflation, which causes its value to slowly start to decline over time.

The strength of Bitcoin (BTC) is also represented by the amount of value transferred at a particular point in time, in this aspect, the cryptocurrency manages to perform incredibly strong, according to Coin Metrics, about $137,000 BTC changing hands every second, even nearly $ 500 million per hour.

Just transferring a few gold bars internationally requires all the formality and massive rules, in 2017, Germany spent at least four years transporting $31 billion worth of gold from Paris to New York.

However this does not apply to Bitcoin (BTC), the Bitcoin (BTC) blockchain can transfer the same value in one transaction for several dollars, with a high enough fee, the transaction will also be included in the next block, in just 10 minutes then.

Given that Bitcoin (BTC) ‘s an almost limitless advantage over gold, it is not surprising that companies and banks have started to take it seriously, after a $1.5 billion purchase by Tesla, many companies have also begun to express interest in owning the asset, even PayPal Until Mastercard is also aiming to own this asset, many payment companies are competing for a share in the crypto industry these days.