The Brave team has done a fantastic job at building their chrome based browser for desktops/laptops. The mobile application though has always been pretty far behind and while you can download the Brave browser on your phone it is far from a smooth transition. While sync has worked very well for be between two different computers it has not been that way with iOS and computer based.

A couple of months ago I joined the Brave iOS Beta program to see the new developments. Initially it was the exact same as the Brave app and then it disappeared from TestFlight (where apps are Beta tested). Then I saw the first Android version to link your Uphold account to it went live and was eager to see what had happened with iOS development. I commented on the community post and did not receive a reply however last week it popped back up on the TestFlight app! While I had hoped for a Uphold link that was not the case. The new addition though was just as good though!

The version they have us testing is a huge departure from what we have now. The homepage has a news section! 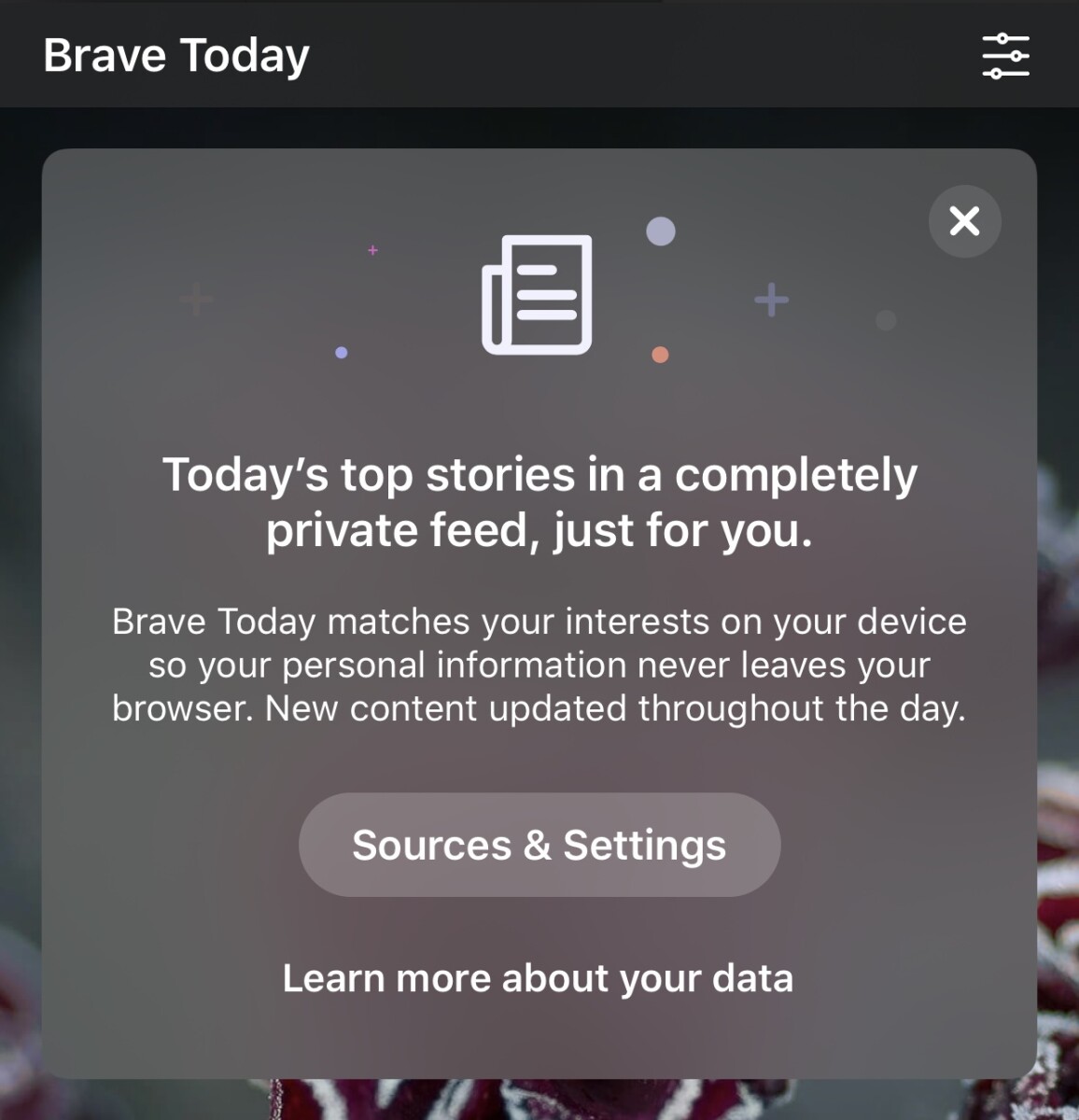 While Brave is huge in privacy and they are checking your interests to do this I would much rather have Brave do it than Google. You still have the blocker on ads and tracking which is! This feature I really hope to see on the desktop version! I typically end up using Google News within the Brave browser so this would bypass me having to use Google entirely!

It is fantastic to see the team still working on the iOS app and I appreciate it. iOS has a notoriously hard app rules and ways of coding things so it is one that will take tweaks and changes. While we anxiously await the Uphold linking feature the team is showing us they haven’t forgotten about us. Including us in this new homepage idea to see how mobile users like it and if it should be further developed is key community engagement! I have also found it interesting that both apps allow you to earn BAT and that it is not one or the other. It’s a super nice little bonus! I look forward to seeing how this development continues and will keep y’all posted on how it is but so far so good!