Bitcoin consensus is based on mutual profit

On April 18, there was a general collapse in cryptocurrencies. Bitcoin, Ethereum, Litecoin, Ripple and other cryptocurrencies all fell to varying degrees. Among them, Bitcoin fell by nearly 10%. As of 11:30 on April 18th, Bitcoin once reached the lowest point in April of $55,100, which shows how much Bitcoin’s so-called consensus cannot withstand scrutiny. Many people believe that the total number of Bitcoins will not exceed 21 million, and they understand Bitcoin as digital gold, a hedging tool to avoid the depreciation of the legal currency system in the future.

Then the daily volatility of Bitcoin reaches 10%, and there is such a big volatility in mainstream currencies. How can I use Bitcoin to protect my property from shrinking? More importantly, the risk of Bitcoin is far more than what is seen now. As Bitcoin’s contract is liquidated, it may cause a new round of stampede. Some Bitcoin leveraged funds will be forcibly liquidated when Bitcoin falls sharply. In the time I was writing, Bitcoin quickly dropped to $56,000, a 24-hour drop of 10%.

What is the main reason for Bitcoin’s 10% drop in a single day?

I think there are two main reasons, namely the Xinjiang mine incident in China and the Bitcoin ban in Turkey. Some analysts pointed out that the power accident in Xinjiang caused a 33% drop in the computing power of the entire Bitcoin network, resulting in a decrease in the difficulty of Bitcoin mining. Decreasing the difficulty of Bitcoin mining will cause more Bitcoin to be mined, so the price of Bitcoin will decrease. But I don’t agree with this point very much, because the total amount of Bitcoin is predictable, and the market should have certain expectations for the price of Bitcoin.

Personally, I still insist that it is because the market is worried about Bitcoin policy. After all, Turkey’s current situation is quite special and it has a high reference for Bitcoin policy. Now Turkey announced a total ban on Bitcoin transactions on April 30, making more developing countries have to re-evaluate Bitcoin, and their attitudes towards Bitcoin may change in the future. At this point, many netizens refuted me, thinking that the more Bitcoin is banned, the faster it will develop. In fact, this is a misunderstanding of state power, and Bitcoin is not a place outside the law. If a country is determined to ban Bitcoin in the country, not many people really dare to use Bitcoin privately. 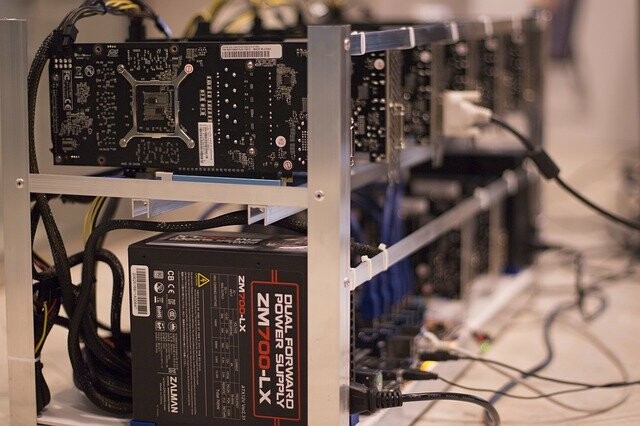 Policies have an increasing impact on Bitcoin, and Bitcoin’s consensus system will be under pressure

And because of the small influence of Bitcoin before, few countries are really targeting Bitcoin, and their attitude towards Bitcoin is also turning a blind eye. But now, with the increasing types of cryptocurrencies such as Bitcoin and the increasing market value, the impact of cryptocurrencies on the economy is also increasing. The future price trend of Bitcoin is greatly affected by the policy, which will also be one of the biggest potential negatives for Bitcoin. The price of Bitcoin has fallen sharply by more than 14% this time. A major reason may be investors’ concerns about the future policy of Bitcoin.

The cognition of Bitcoin and other cryptocurrencies cannot only be seen when their prices increase, but also when their prices fall. Although the total amount of Bitcoin is constant, new users must be harvested if you want to continue to grow. Such growth is actually like drumming and spreading flowers. Bitcoin’s so-called consensus is also based on its ability to continue to grow. Of course, there are also some people who speculate about Bitcoin. They don’t care if Bitcoin can continue to grow, and they care if anyone is betting against them. Every time the price of Bitcoin rises and falls sharply, many Bitcoin investors are harvested. On the contrary, every time the price of Bitcoin skyrocketed and plummeted, many people would earn a lot of money.

Of course, this is also one of the charms of Bitcoin. If this is also one of the “consensus” of Bitcoin, then I cannot refute it. Bitcoin is a high-risk financial product. The consensus system established around capital and benefits cannot stand the test of the market at all. Although decentralized cryptocurrencies such as Bitcoin are out of the constraints of the country, they also lack the country’s support. Whether the consensus system of Bitcoin and other cryptocurrencies can be maintained is a test of human nature, and human nature is greedy.

Thank you, my friend!

Feel free to leave your comments!

Follow me and provide you with different blockchain information every day!

Bullets, Nanometers and a some of Satochis

Binance To Release Its Very Own NFT Marketplace In June

Binance Tutorial: How to Setup 2FA on Binance with Yubikey 🔐 [ The Best 2FA Hardware Key ]