Cardano on his way to a new ATH

Cardano has broken the ATH on the USDT pairing so we thought it was time to do some serious analysis on it. The weekly chart, in any case, looks very promising. The uptrend line is holding and the supply zone has undergone an excellent retest. There has been no top formation yet so a possible retrace measured by the Fibonacci is not yet possible.

The ema’s crossed bullish only a short time ago but are currently starting to move wider apart. In other words the trend has been confirmed and appears to be getting stronger. The rsi is in the overbought area and is currently catching its breath. But for now, it looks fine. 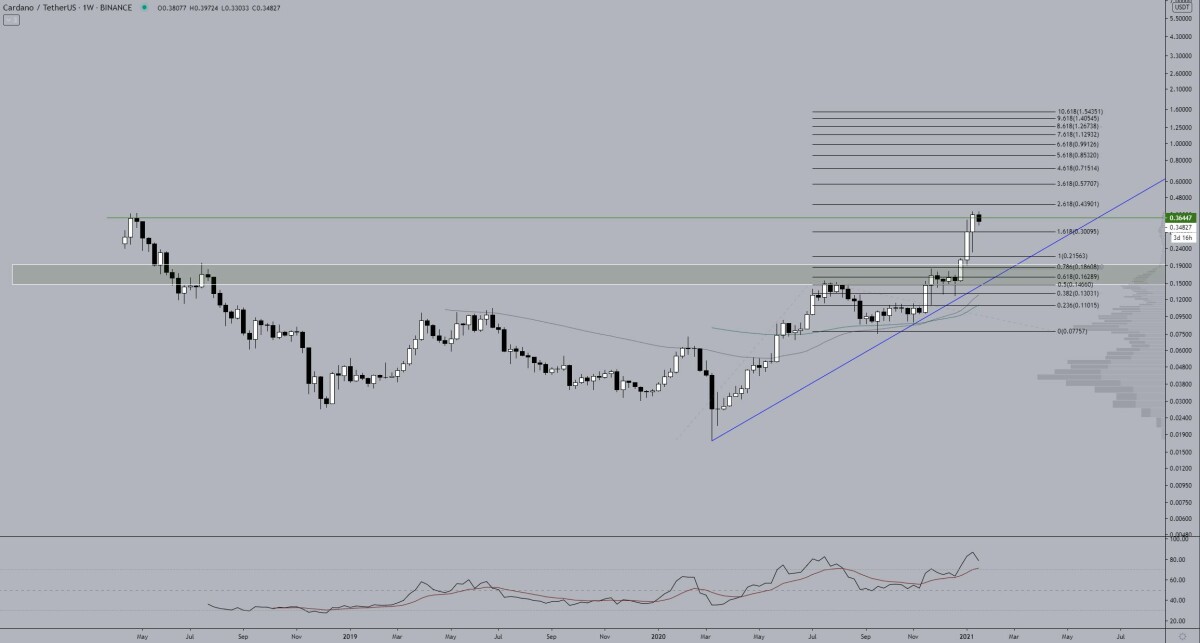 The price is going parabolic here and on the daily we did measure a retrace with the fibonacci, a top formation to measure it needs at least 2 (preferably 3) closed candles after a (local) high is set. After that the price has had a retrace until just above 0.618 and at this moment a bearish divergence has been formed which has a target of the fibonacci 0.618 which could be tested again where also the confluence of the ema55 and 100 is located. 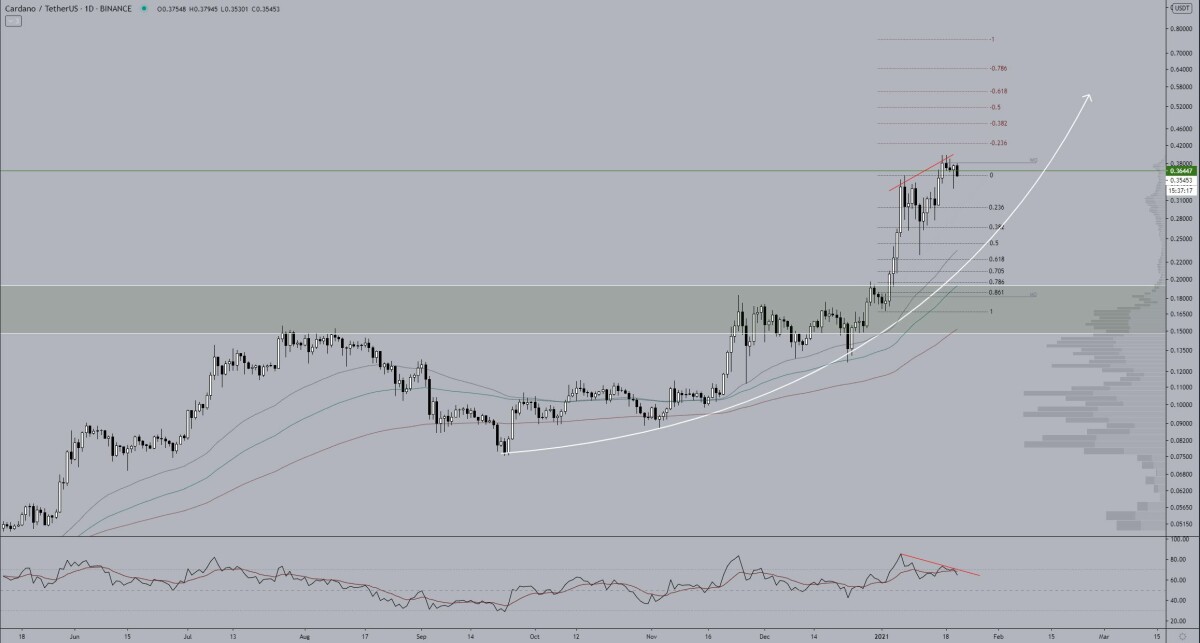 Here we already see a drop of over 16% which is the result of the bearish divide we mentioned earlier with a retrace on the supply zone in yellow. Lower highs are being created which together with the yellow supply zone form a descending triangle.

We are seeing the ema’s rise less and more to a sideways movement. The rsi has just fake out on the ema and is currently dipping below the center line. 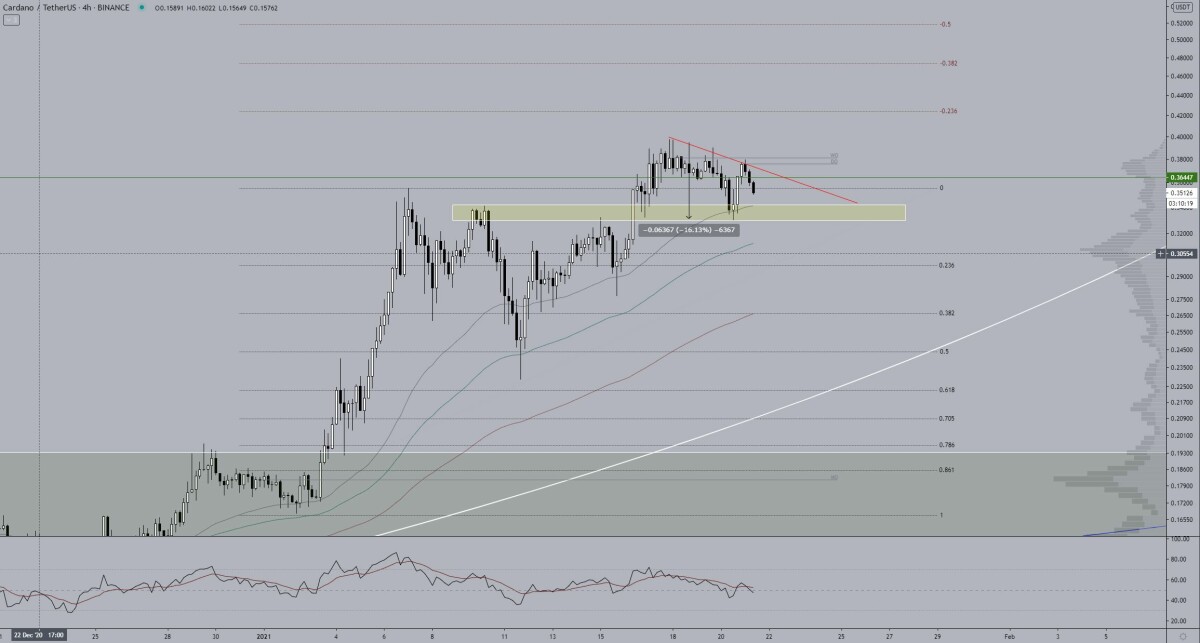 My expectations are that on the higher timeframe there should be another back test however for this to happen the yellow supply zone would have to bearih broken through. When this happens I expect at least a drop to the Fib 0.618 at 0.223 cents.

If the price decides to bounce on the supply zone and go further up then I see the next resistance being at 0.439 cents and then at 0.577 cents. These are the trend based fib extension levels 2.618 and 3.618 which you can see on the weekly chart.

ADA/BTC Cardano back to the moon