Since the beginning of November, Coinbase has so far added another 3 coins/tokens/assets to their tradeable section. The coins added are Civic (CVC), Decentraland (MANA), and district0x (DNT). While all three of these coins are Ethereum tokens each one is completely different in its function from the others. Below I will give you a quick rundown of these new coins on Coinbase!

During this time and age protecting one’s identity is key given how easy it is for hackers to get your information. Civic aims to further boost your identity protection. With Civic’s protocol, you only have to verify your identity once with them then using Civic you are able to share your verification with other companies, organizations, really whoever needs to verify your identity. The huge reason for this is to help you from having to constantly share information verifying yourself online.

Some background on Civic. Civic ICOed in 2018 with the goal of adding more protection to consumers. When the ICO ended Civic changed their name to Identify Technologies and formed a 501c as they worked on development. As they have continued down their road map you can see here the functional role of CVC has continued to expand.  Still, though Civic only deals with the bitcoin blockchain and does not have a wallet for Etherieum yet and this was due to the crazy high gas prices a few months ago. I assume they will probably come out with a wallet for that soon. Currently, the price of CVC is $0.0851 USD and is number 139 on coingecko.

Civic has also released a Health Key that is pretty unique as it allows employers to keep tabs on their employees’ health but only letting them see what the employee allows the employer to see. This will be interesting to see applied in today’s climate with the possibility of a COVID vaccine coming. Maybe companies require it and instead of having to carry around paperwork with private information on it an individual can instead just share the information this way.

MANA is Decentralands currency and the way that you buy LAND in this 3D virtual world. Decentraland has been a pretty big thing in a lot of circles of the crypto world and many articles have been written about owning virtual land and this is one of the places that you can do it. The amount of LAND is capped and the size of the plots is 33 feet by 33 feet however there is no height limit so in theory, you could build up forever. When you purchase LAND the amount of MANA you spent on it is burned by Decentraland. MANA also has other purposes like burning and selling goods and services within the virtual world.

Whenever you purchase LAND the amount of MANA you spent to do so is burned by Decentraland. MANA is also used to purchase goods and services in the virtual world. Currently, MANA is worth $0.0785 USD and is ranked as the 93rd token in the world according to Coingecko. Given the freedom that Decentraland users have it will be really interesting to see how this develops as some LAND values are in the millions of dollars already.

The DNT token itself is a utility token that has started to and will eventually fully control the governance of district0x. It is used to encourage development and interaction with the protocol. While you can stake or allot your votes to different individuals within your district so far there are no staking rewards like with PoS however this could change in the future as the community takes over and could make this change. The value of the token is not officially “set” instead it is used as a sign of how people view or support the changes or lack thereof in the protocol. Currently, DNT is worth $0.0464 USD and is ranked number 185 on Coingecko.

If you enjoyed the article and have not done the Compound, EOS, Stellar Lumens or Orchid Coinbase Earn’s it would be greatly appreciated if you used my referral link below!

Why use Brave Browser? 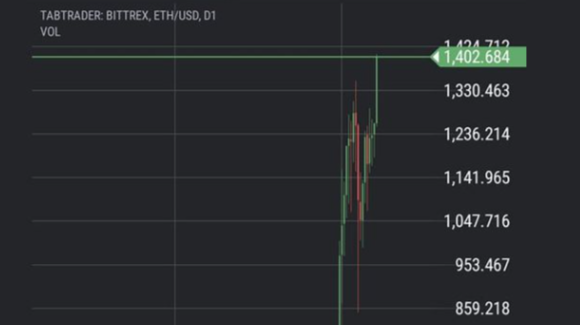 Stop Asking If Bitcoin Is In A Price Bubble. Ask These Questions Instead.