Cryptocurrency mining and environmental impact: Will Bitcoin be the new villain of global warming?

Study says that, until 2033, Bitcoin exploration may be responsible for a 2º C increase in the Earth’s average temperature, according to research published in Nature Climate Change. 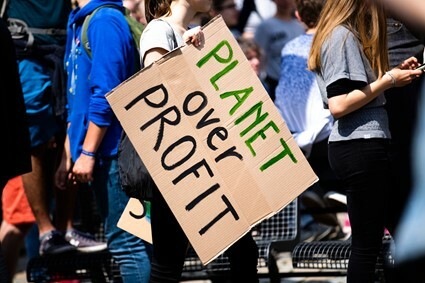 The proof-of-work algorithm serves as the foundation for the Bitcoin network, essential to validate transactions on its blockchain, to create and distribute with new currencies. This mechanism requires mining, a process that consumes a lot of energy, as miners compete with each other to solve complex mathematical problems with the use of great computational power.

This resolution requires a computational effort that translates into energy consumption. Over the years, the difficulty of mining tends to increase. There are fewer and fewer coins available for mining and more and more miners are competing for market space.

According to estimates by the Center for Alternative Finance at the University of Cambridge (England), Bitcoin (BTC) consumes more energy each year than all of Argentina. The study estimates that the cryptocurrency consumes 121.36 TWh (megawatt-hours) per year. In turn, Argentina consumed 121 TWh in the same period.

The energy consumption caused by Bitcoin worries environmental scholars. First, with the popularity of cryptocurrency, its energy consumption is also increasing. In addition, global warming makes it difficult for miners to use renewable energy. The main reason is that China has a region with more hydroelectric resources that are with low availability, while it is the country with the largest number of miners.

Not to say I didn’t mention the flowers

On the other side of the coin (or cryptocurrency) there are other strands of studies that are moving in the opposite direction to those previously presented. Part of the scientific community disputes a series of arguments that support this analysis. The first is that studies do not consider technological development over time. It is possible to develop new types of semiconductors and move forward in creating more efficient circuits. These inventions can identify successive generations of mining machines, which are more efficient and consume less energy, therefore, less polluting.