Ethereum will perform better than Bitcoin

Legendary trading expert Peter Brandt commented with the idea that a new altcoin season started at the end. Trade guru Peter Brandt spoke about Ethereum (ETH), which he predicts will perform better than Bitcoin (BTC) in the near future in relation to cryptocurrencies. Brandt also believes that this applies to “most” other altcoins, which means that the highly anticipated altcoin season may have finally come. 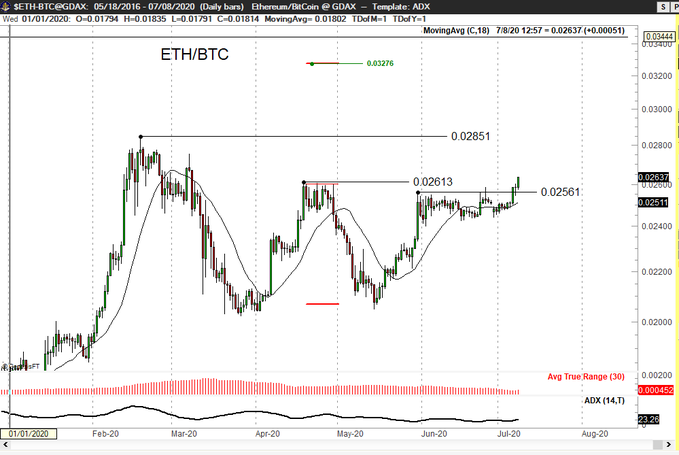 At the time of writing, ETH was trading at its highest level of 0.02622143 BTC since March 8. Ethereum has managed to earn more than 5% against Bitcoin in the past five days, but analysts think this break may come to an end.

Purchase top-up and gift cards with crypto on Cryptorefills