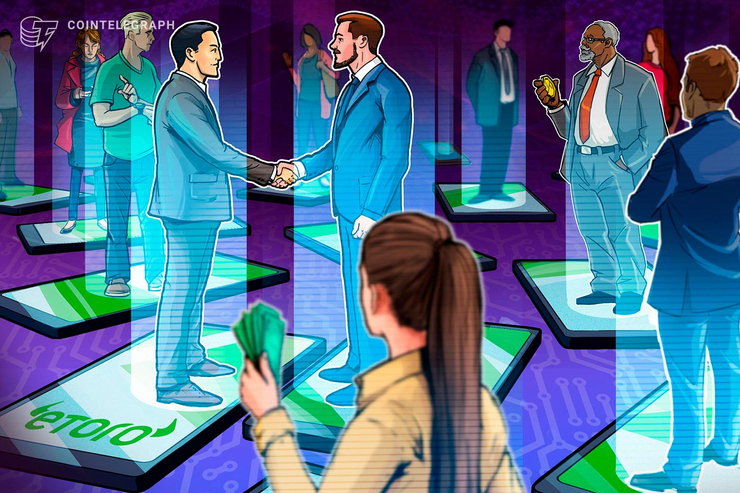 Trading and investment platform eToro has acquired the cryptocurrency portfolio app Delta — an app that tracks 6,000 different cryptocurrencies and tokens on 180 exchanges.

According to a press release on Nov. 6, eToro acquired Delta for an undisclosed amount, however, Israeli tech publication CTech reports that the deal was worth approximately $5 million.

Doron Rosenblum, the managing director of eToroX — eToro’s blockchain subsidiary — said that they would integrate Delta with the eToroX platform, which would enable users to trade from within the app. The blockchain subsidiary will also expand Delta’s supported assets beyond cryptocurrencies.

EToro created eToroX in 2018, which provides a wallet for digital assets and will eventually open an exchange.

The recent acquisition of Delta represents eToro’s second acquisition this year. In March, eToro acquired smart contracts development company Firmo. The trading platform said at the time that Firmo’s staff would subsequently act as an internal innovation team at eToro that works on the tokenization of its assets.

Why is crypto so popular?