Former Ripple CEO and his $ 220 million stuck in Bitcoin.

He is the owner of Bitcoin worth $ 220 million now. Unfortunately, his problem is getting to the disk where he keeps his BTC. It just so happens that I forgot my password .

We’ve heard many such stories before. Discs that have been disposed of. Committed to friends, scrambled and forgotten passwords and many similar stories from life. I am struggling with a similar situation myself. I have BTC but I forgot my password. I remember about the number of characters, but I don’t remember what the characters were. Password with the highest security standard.

Cryptocurrencies have already created a large group of would-be millionaires, and unfortunately the same happened to Stefan Thomas, who is only separated from the encrypted treasure … Yes, only he and his memory! The former Ripple CEO doesn’t remember the password and, to make matters worse, he has the last two attempts to enter the password before locking the drive forever. 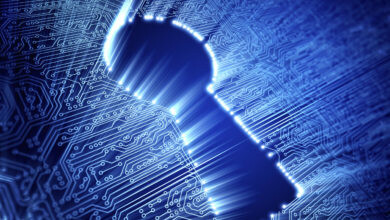 The story of an almost millionaire

Stefan Thomas got Bitcoin more than ten years ago, it was the payment for creating a video explaining how cryptocurrencies work. Altogether, these were 7,002 coins with a value of about $ 6,000 at that time. After Bitcoin’s price soared, the former chief technology officer of Ripple Labs tried to get into his drive. It turned out that he does not remember the password, but he tried 8 times, typing the passwords and phrases he used most often. As you can see, to no avail, and now he has the last two attempts and if they are also wrong, the device will automatically encrypt itself forever.

In an interview with the New York Times, Stefan Thomas said he was desperate with his situation, but would make another attempt to get into the disk. However, it does need some time to think. Mr. Thomas will need a lot of luck now, so let’s keep our fingers crossed!