It first started as a futuristic concept. Where it would be necessary, when too many industries and jobs become automated and taken over by AI and robots. Some countries have taken this concept seriously, such as Finland. They experimented with the idea for two years! The government gave 2000 unemployed people aged between 25 and 58 monthly payments with no strings attached. They received €560 per month, which isn’t much for a country like Finland, and then waited to see how people behaved. The control group in this experiment were people on unemployment benefits.

The findings of the study have been reported now, and these are the most significant changes so far:

Although this doesn’t necessary proof anything, the results are very interesting. Instead of discouraging people to work, it seems to improve their daily lives and boost employment! 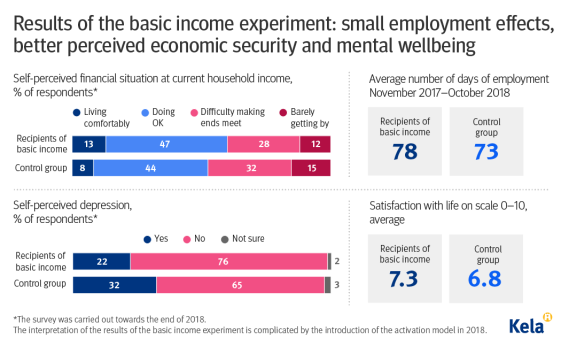 GoodDollar is a cryptocurrency that aims to provide UBI to anyone that needs and wants it. Their goal is to reduce income inequality in the world.

Sounds great! But how does it work, and how is it financed?

Here’s a short video from GoodDollar to explain it all:

But to be realistic the biggest threat to this project is if it doesn’t receive enough supporters or if the currency doesn’t reach mass adoption. The fact that it is backed by crypto, does mean that it will always have a certain value, and people can accept it as a form of payment.

But if supporters can pull out their funds at any time, there could be wild swings in the value, preventing people from accepting and trusting the currency. I’m glad to see though that they have thought about how to reward supporters, like how miners are rewarded for securing the Bitcoin network, giving an incentive to supporters.

Although this idea is very idealistic, I do hope they succeed! The problem with UBI has always been, how do you make it sustainable? Crypto provides a unique solution to this problem, that regular finance can’t. UBI can enable people to reach their true potential and follow their dreams! 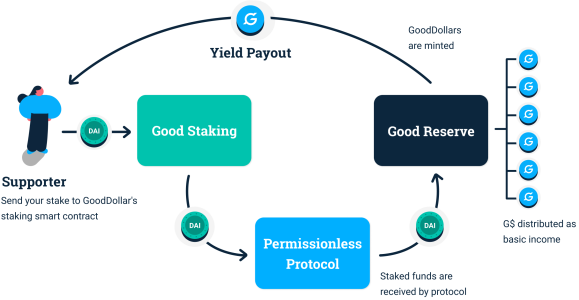 So can you actually use your GoodDollars?

On Facebook there is the GoodDollar Marketplace, which at the moment is the only place to spend your $G. People can exchange their $G for products and services, and some people are actually creating small businesses there!

Although this is a good first step, we will need to see some larger businesses in the future start accepting $G as payments, but keep in mind that GoodDollar is still very new (launched in September!).

It will be interesting to see how they grow and develop. I’m hoping to see some big investors join the network and give it the capital it needs to succeed, then we’ll start to see if the project can be successful.

As of writing, GoodDollar tokens aren’t listed yet and don’t have a monetary value. On their website it says that $56000 has been staked to support the currency.

How can you get GoodDollars?

If you’re interested you can take a look at their website and sign up. While we wait to see how GoodDollar develops and the currency gets listed on exchanges, you can claim G$ every day! The amount you’ll receive is dependant on how many people have claimed that day. One time I received just $1, another time I got $16.72! So you can start today earning your UBI already!

Thanks for reading and what do you think? Do you think the project will succeed in its mission?

Ethereum 2.0 closes in on $4B value locked as stakers commit over 2% of supply

Ripple’s founder made its first sale of the year: sold 28 million XRP

What you need to know about Brave Browser

It is not a lie, in Telegram you can earn Bitcoins: we tell you how