How Crypto.com Can Move Forward

After a week of internalising the communications coming out from Crypto.com(CDC) and all the flurry within the sub-Reddit and Telegram groups, I have finally gotten around to pen down my thoughts about the changes, as well as what I felt CDC could have done better.

Disclaimer: I am an Icy White holder and have more than 150k CRO tokens locked up with CDC across their various programs that are still stuck. I still want them to perform better. I am not putting my referrals here because I am not willing to stick out for CDC for now. However, if you’re keen to sign up, you can view some of my earlier posts.

In case you missed it, CDC nerfed their yields across-the-board in the different programs.

Some of the key highlights were:

This obviously drew a huge uproar in the community. Many users were locked in and this resulted in a drop in CRO Token price by more than 6%.

It becomes apparently as well as people start posting their CDC accounts being emptied out due to this breach of trust. 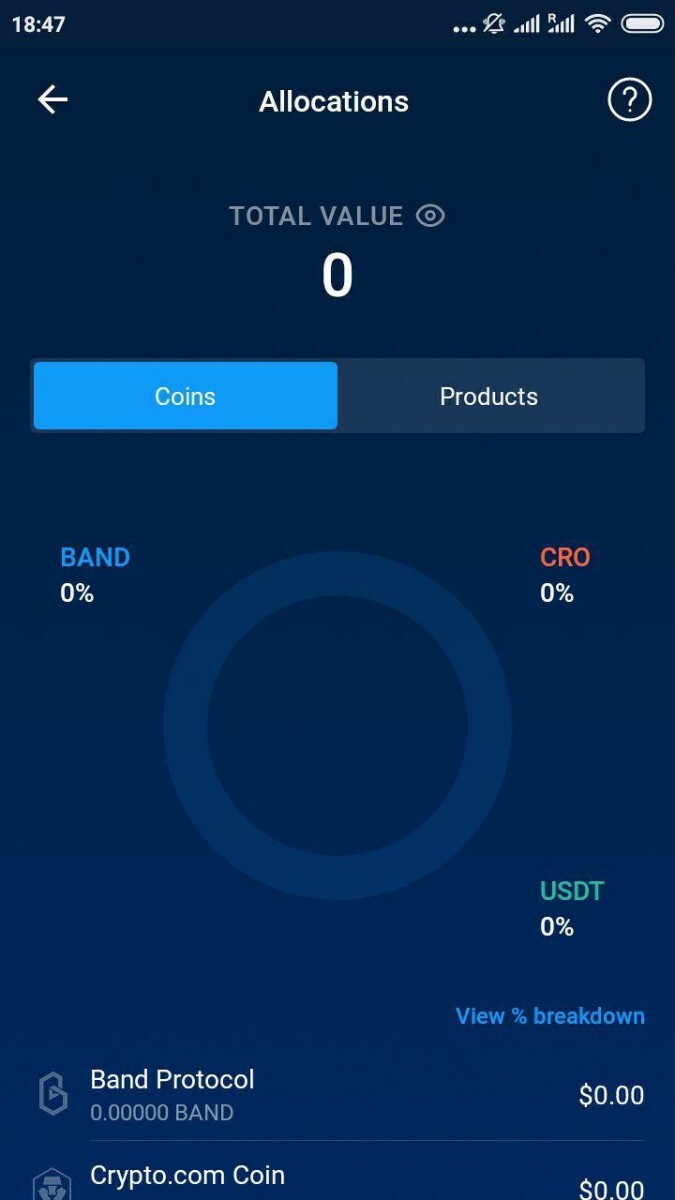 Why Are People Upset?

Apart from the huge decrease in yield, the uproar came with different considerations. I have consolidated them across various sources and some of them may need further research.

After the huge uproar, CDC community admins and moderators were once again overwhelmed. It seems that they were unprepared and they had started to ban users and delete posts on both Telegram and Reddit. 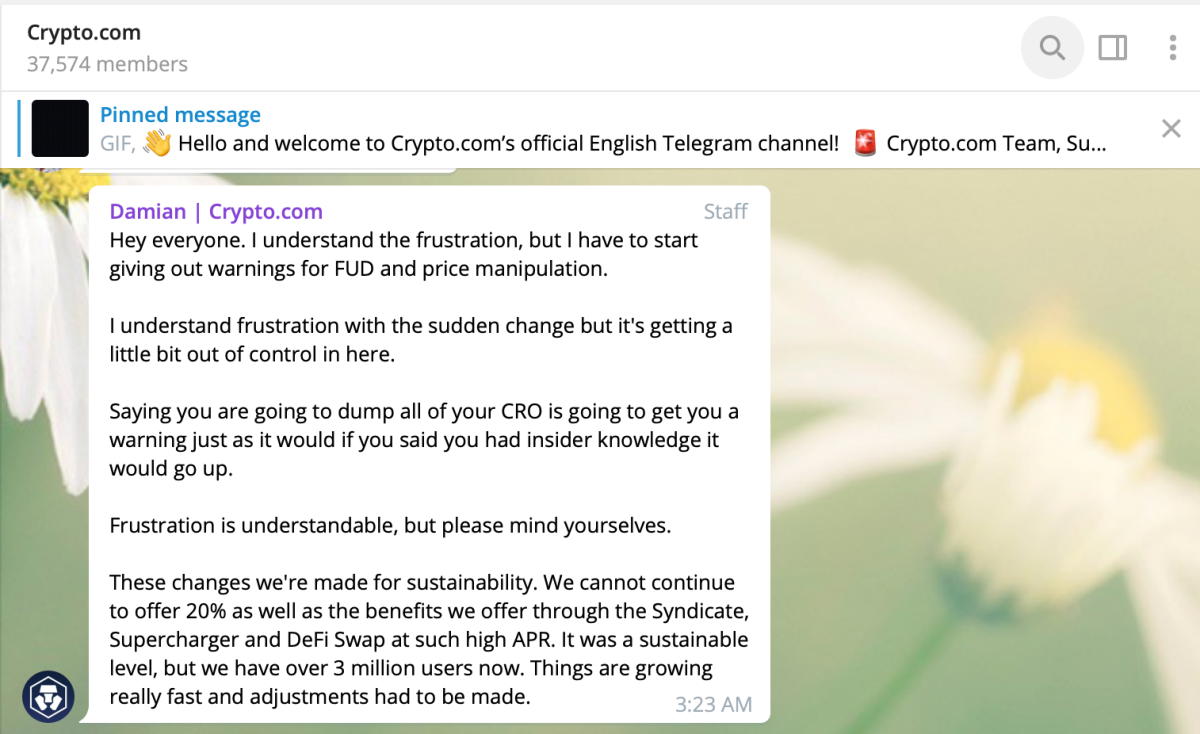 As we have learned from the MCO swap, these community admins and moderators could not stop the barrage of FUD, and frustrations from scaring away more customers. That’s when CDC announce a new round of change.

The interest rates were not restored but were more reasonable with 6 months staking at 10%. A 50% dropped from the original 20%. This was supposed to be CDC’s way of saying that they listen to Community Feedback, but it had raised speculation that CDC had originally wanted to settled at this level. It seems that CDC wanted to give some drastic news to cushion the blow, as they felt the community was not going to be happy about the decrease in interest anyway.

This was the same stunt that CDC had pulled for the MCO swap, where they forced all users to swap their tokens and increase the rates for Card Staking. After the same uproar, CDC reduced the card staking rates by 5x to even cheaper than before.

What CDC Could Have Done Better?

It was understandable that CDC may find it hard to be profitable if they were offering at 20%. In fact, some of the members of the community actually stepped up to defend CDC for that. However, this begs the question, what could CDC had done better and achieve their profitability goals?

Start with Why – Simon Sinek

We frequently see communications coming out from CDC with just the changes they have been trying to made. We often failed to see their original Vision, which was to make “Cryptocurrency in Every Wallet”. The justification about the need to balance profitability came too late and it was treated as an excuse instead.

If they had chose to community using “Why” instead of “What”, the message could have been a little better received. Watch Simon Sinek’s Ted Talk below about how Apple had built a reputation by communicating with “Why”.

To be honest, CDC built a great product with a variety of offerings and 6% or 10% is still pretty darn good rates as compared to my local banks. They need a better PR Manager, and I am up for it because I want CDC to perform.

Create Urgency and Scarcity Instead

Instead of announcing when the changes were made, CDC could have well announced the change in advance with urgency and scarcity in the message.

Say that the interest rates were going to be decreased on 1st November 2020. For any new card staking, exchange staking, and Earn terms during October 2020, users are going to enjoy the current attractive rates.  This will drive an increase in demand for the CRO Token, and indirectly, increase the CRO Token price too.

This is basically a common sales and negotiation tactic to create urgency and scarcity.

CDC has a habit of running AMAs only when they have screwed up. This was the same for the MCO Token Swap and they are organising one now for this yield changes on 21st October 2020, 3pm HKT.

What could have been better done is run frequent AMAs. Celsius Network runs one weekly and so does many other Crypto projects. Frequent communications will also allow project investors understand what direction the company is heading towards, specially in the cryptocurrency world where transparency is key.

Will CRO hit its ATH this month?