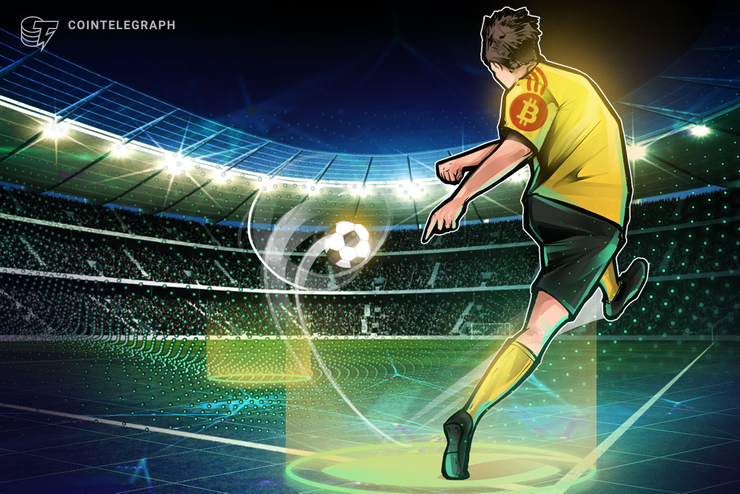 The Bitcoin (BTC) symbol will now appear on the shirt sleeve of Watford Football club players, and the team will also accept the cryptocurrency for merchandise purchases.

The football club announced in a post on its website published on Sept. 12 that the famous Bitcoin “B” logo will be featured on the player’s uniforms as a result of the club’s partnership with Bitcoin betting platform Sportsbet.io.

The team will also accept the leading cryptocurrency as a payment for its merchandise.

According to the official post, the logo’s addition to the uniform is part of a wider campaign aiming to “improve awareness around Bitcoin and educate the public on the benefits of using cryptocurrencies.”

The head of marketing of the team’s main shirt sponsor Sportsbet.io Justin Le Brocque said that the company is giving back to the crypto community:

“The crypto community have been hugely supportive of us since we began, so putting the Bitcoin logo on the sleeve felt like a fun way to give something back while also showing them our support.”

The sponsorship will be crowdfunded and anyone can bid Bitcoin to access a public LED space shown live during matches and exclusive Watford FC merchandise. Le Brocque also added that he hopes the initiative “will create even more buzz around cryptocurrencies.”

As Cointelegraph reported in August, the Dallas Mavericks have become the second NBA team to accept Bitcoin as a means of payment for match tickets and merchandise.

Bitcoin and Doomsday Preppers — Would Crypto Have Any Survival Value If SHTF? – Bitcoin News