The bet of bitcoin

The signal given by the technical analysis for the popular cryptocurrency. Why it is characterized as an asymmetric bet and who has lost money from the crypto market.

You do not need to be a Guru in Technical Analysis to know that after a break of a long-term resistance level, especially if several failed attempts have been made, an upward move is expected. It is one of the strongest indications. That is exactly what happened on Monday.

Confirmation will come with the $ 10,500 level test . It may never happen. Go straight to the top layers of the chart. But if the green horizontal band returns and works as a support, it is one of the most valid indications. In this case, it means that there is a serious possibility that we will not see bitcoin again in a 4-digit dollar number.

Impressive is the fact that from the 11 years that bitcoin has existed, only 6 months it has been trading below the current price levels. With the exception of a few, who entered rather unaware of what cryptocurrency means at the peak of 2017 and a few who bought at the previous peak close to $ 14,000, all the others, the vast majority of bitcoin holders, have won. Not at all strange. Every revolutionary innovation, as it progresses, rewards its faithful.

Holding bitcoin is one of the few asymmetric bets that people around the world can participate in. A bet is considered asymmetric when an investor’s disadvantage is limited to 1x, while its potential upside is 10x or 100x.

Another confirmation that the course of the bitcoin price is moving according to the expected positive scenario marks the beginning of the new upward wave. As we can see, the second red dot is higher than the first. Everything that had happened in the previous cases. The black curve is the moving average of 200 weeks. It has never gone down. 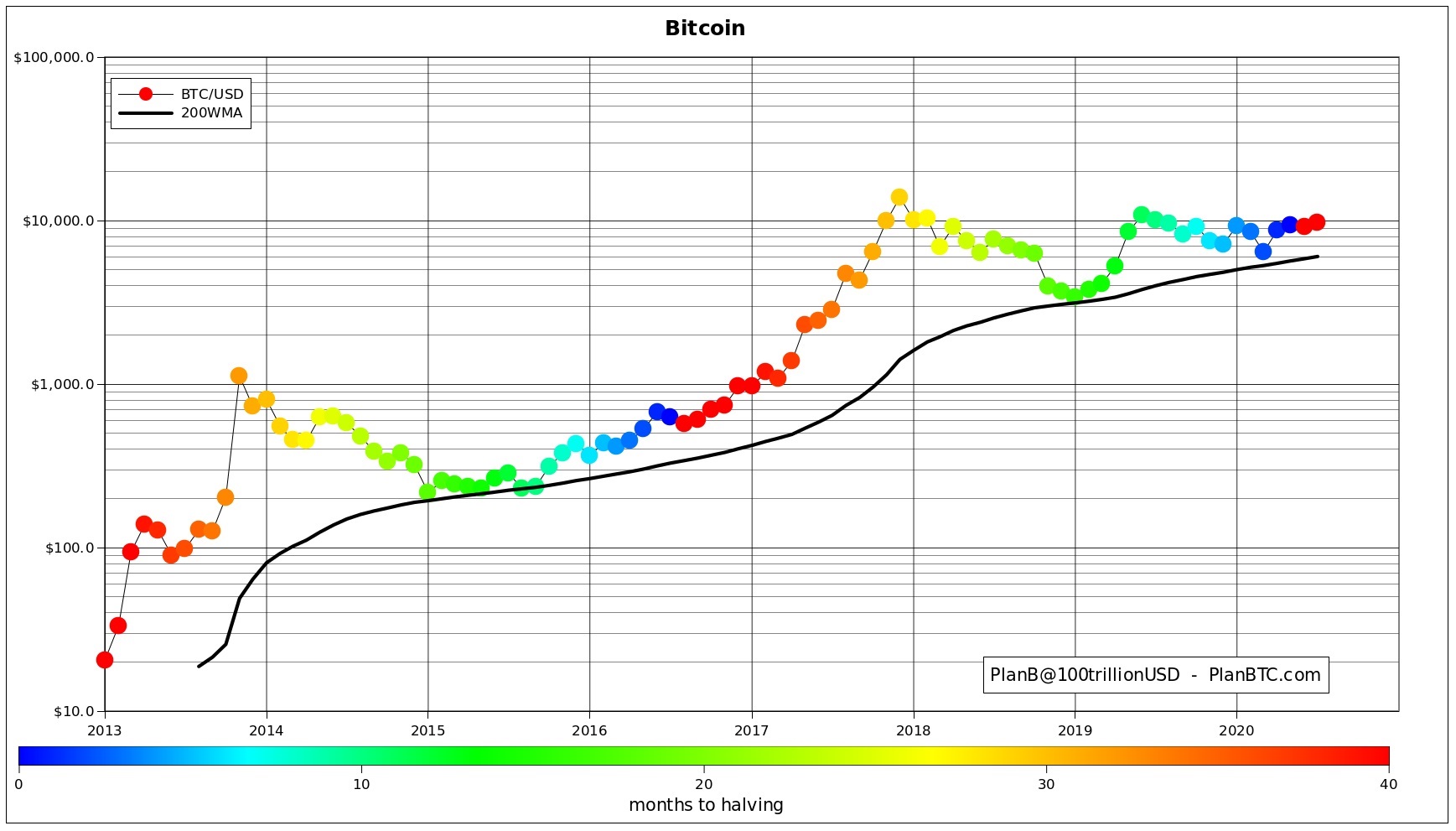 Who loses then? Why do we learn from time to time that a lot of money is lost in the field of cryptocurrencies? The answer is simple: the money that has been lost has been placed in small cryptocurrencies. Small digital currencies, which are either backed by companies with less capable managers or fraudsters or a non-competitive product.

We have said it before. Anyone who wants to get involved in the crypto space should start with bitcoin. First to be informed and then, if he sees that it suits him, to be actively involved. Then, if he feels more confident or has learned the basics, he will start exploring the other cryptocurrencies. First we crawl, then we walk and then we run. This is the right order, at least if we do not want to eat our faces.

The news from the crypto market

* Bakkt futures are not the most popular in the field of cryptocurrencies. Together with those of CME they constitute less than 5% of the total volume carried on in the crypto derivatives market. But we are watching them, because they are exclusively for Wall Street institutional investors. We can have a relatively reliable picture of their interest in bitcoin.
As we can see in the chart below, trading volume has literally skyrocketed, reaching a new all-time high. 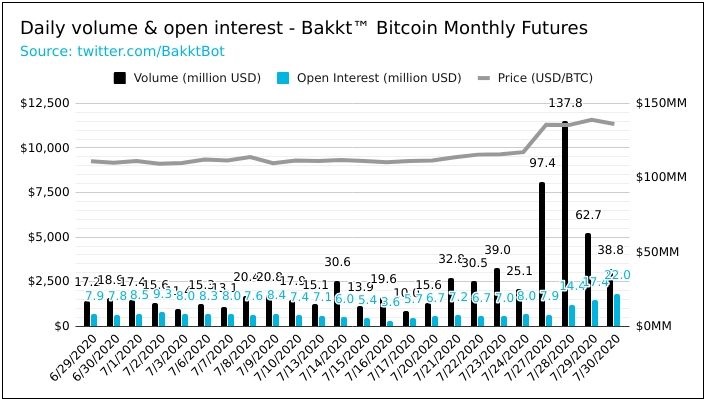 * The amount of bitcoins held by exchanges has decreased significantly since mid-March 2020, following the incident of the sharp correction in March. The interpretation of the phenomenon of withdrawal of coins is attributed to the fact that users are interested in keeping their bitcoin in the long run. If you do not want to sell it, you have no reason to keep them in the exchanges, because you do not have the keys. 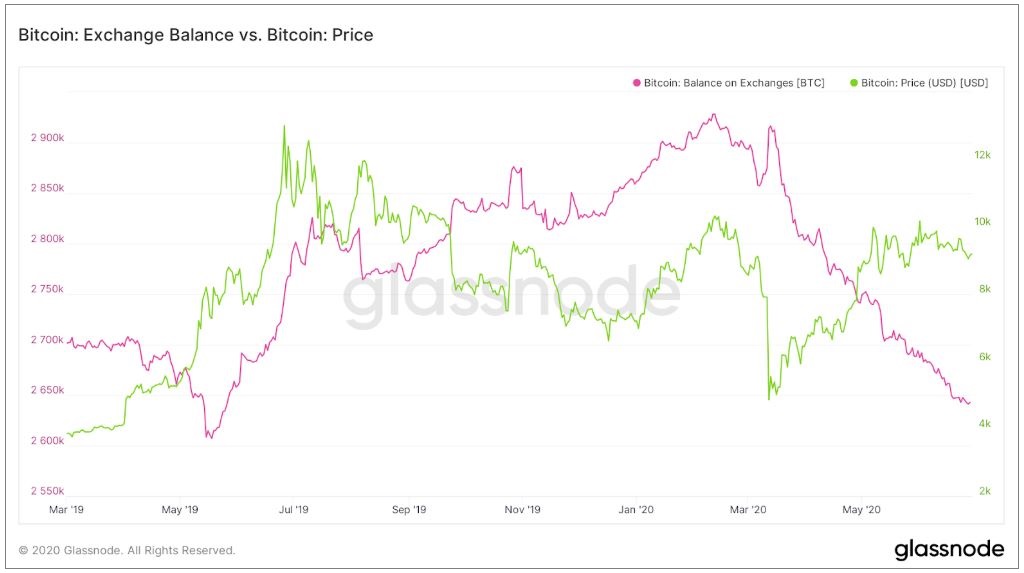 * As the past has shown us, shortly after halving a new upward cycle follows. In the chart below, in blue is the course of the bitcoin price after the first halving, in red the second and in orange the third. So far, it seems to follow the dynamics of the first! We remind you that in the first, within a year, the price went up 100 times. In the second just… 40! 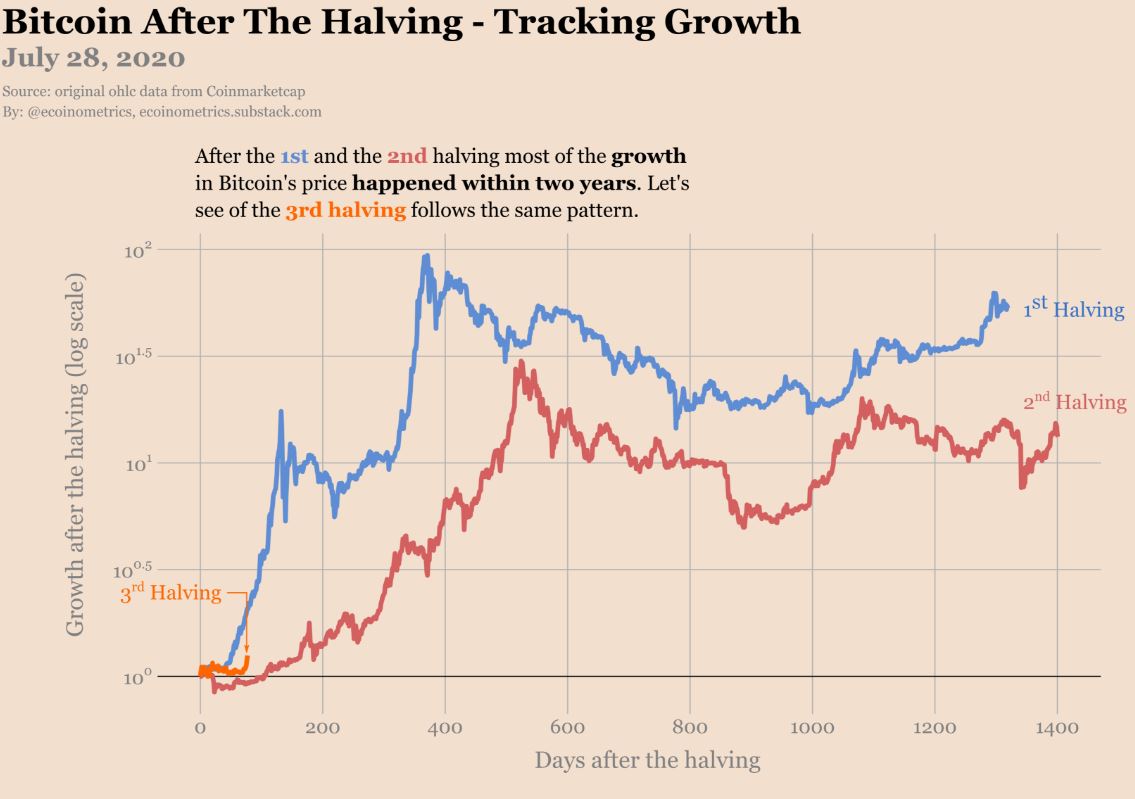 Smart ways to win some coins from faucet, games and bets.

What I earned through Lock down

Controversy around Band and Link