The next war for freedom, and USA could defend it?

It is almost a fact that China has openly said its desire to incorporate Taiwan, claiming that there is only one Chinese and they only reserve
the right to take it by force for the moment.

How challenging their military maneuvers have not stopped flying over Taiwan in an intimidating way, to this day Taiwan expects the worst and works in the imaginary scenario of a Chinese invasion at the end of 2021.

Unlike the Chinese regime, Taiwan has its own democratically elected government, its own constitution, and its own army.

“We will fight a war if it is necessary to fight, we will defend ourselves until the last day.” 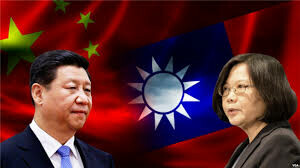 Apparently on the island they prefer to fight to be part of the communist regime, but how long would they resist an invasion? and the United States would defend them?

Would the greatest world power leave a democratic country to its fate for not fighting with China?

After completely stifling the movements in Hong Kong, creating a massive exodus of people seeing what little freedom remained in China destroyed, some way of reunifying Taiwan with China peacefully is forgotten.

Assuming that China prefers not to fire a single weapon and prefers a hybrid war forcing Taiwan from an economic and social breaking point, possibly with maritime blockades, hacks, sabotage etc, Communist China’s move towards controlling markets could be worrisome after your victory.

One more point to think about would be the dominant position that China would obtain, having in its power all the nearby islands from Japan to Indonesia and all the enormous maritime power that it would obtain over countries such as South Korea, Japan among others to the point of dictating the rules of maritime trade in the end having a free access to the Pacific and Indian oceans.