The reason for the decrease in Bitcoin prices in the last 2 days has been determined!

The main factor behind the drop in bitcoin prices between February 25-26 has been determined. In the chart below, we see the daily change in Bitcoin prices in recent days. 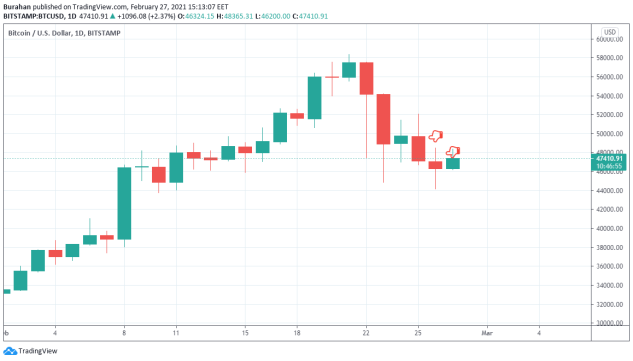 In the tweet of the famous research company WhaleAlert on February 25, it was claimed that he made a significant amount of Bitcoin transfer from an unknown address to the US-based crypto exchange Coinbase. After the transfer of about 8,000 Bitcoin (about $ 400 million), there was a 2-day correction in Bitcoin prices. Bitcoin lost its support level of $ 50,000 and fell to $ 46,000. 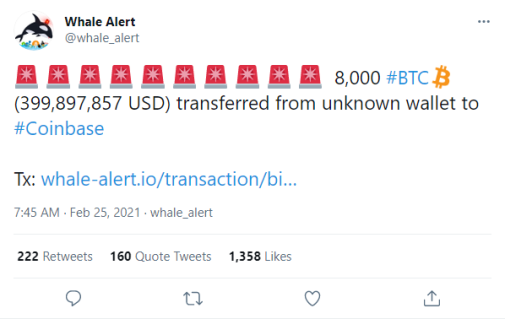 Bitcoins transferred to the highly probable Coinbase exchange were offered for sale. Bitcoin investors sell their digital assets either on over-the-counter markets (OTC) or crypto currency exchanges. Bitcoin and virtual assets held for the long term are usually stored in cold wallets (wallets without internet connection). It is estimated that cold wallets are more secure than stock exchange accounts in the face of possible cyber attacks.

Crypto money investors should follow addresses such as Whale Alert when making an investment decision. Thanks to blockchain technology, crypto money investors can make transactions while keeping their real identities private. However, organizations such as Whale Alert, Skew and Santiment, which are researching blockchains, can instantly detect the charged transfers on the blockchain. The codes of the transferring address are known, but the real identity behind this address cannot be found. Despite this, the digital addresses of public exchanges such as Coinbase and Binance are known.

A guide to understanding Bitcoin whale behavior
You can have an idea about the fluctuations in the prices of the crypto money related to the follow-up of the heavy transfers. Transfers generally take place in 3 types:

1- Transfer from unknown addresses to exchanges: In this case, mass sales and corrections can be expected about the relevant crypto money.

2- Transfer from stock exchanges to an unknown address: In this case, it can be thought that the investor takes a long position in the relevant crypto currency.

Bitcoin whales dumped cargo
According to the data of Glassnode, the leading data collector in the crypto world, Bitcoin whales sold 140,000 BTC in February.

After a long gathering, Bitcoin whales literally poured their BTC into the market. 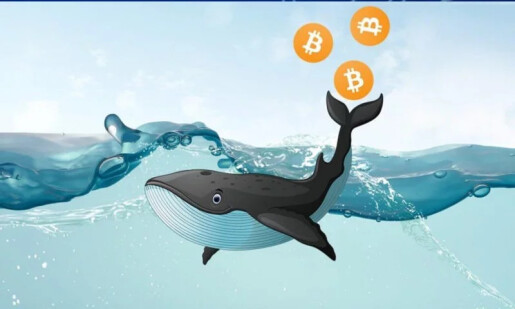 According to the Glassnode report published on February 5th, the number of whale addresses on the market has increased by 14% from the beginning of the year.

The buying trend seen in Whales and Humpback Whales peaked at 80,000 BTC in January.

On the other hand, the latest data show that the trend is reversing. The Whales and Humpback Whales have sold a total of 140,000 BTC, worth $ 6.72 billion at today’s price, since the beginning of February.

Addresses that Glassnode calls “Octopus and Fish” and have assets between 10-100 BTC have been in constant sales trend since November 2020. More than 128,000 BTC has been exited from these accounts in the last 4 months.

BTC is down 20% this week. The decline started with a whale selling $ 156 million on Monday.

We will see together how the entry of institutional investors into Bitcoin will affect the control of whale accounts over the market. 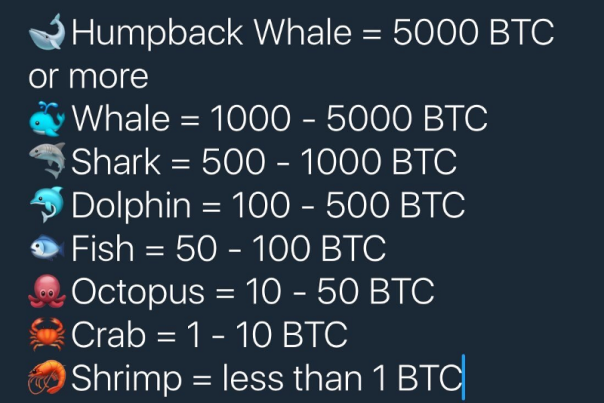