THEORY: The U.S. Government Will Shock the World and EMBRACE Bitcoin

Alright, stop me if you’ve heard this one before…

Bitcoin can’t become the global reserve currency, because if it gets too big, governments will just ban it.

After all, every national government LOVES having power over the financial supply, so surely they’ll want to choke out this challenger to the status quo, right?

Well folks, we’re gonna have some fun today, and break down why I believe that in the next few years, U.S. government (and others) will actually do the COMPLETE OPPOSITE of this, and wind up climbing over each other to support Bitcoin.

I’ll break down my theory into 4 premises:

Let’s face it, the USA has competition engrained in its soul, and it will stand for nothing less than the #1 spot atop the global totem pole.

Since Bitcoin is inherently borderless, the U.S. government will eventually have to face the following realization:

If it is to even consider banning Bitcoin, it would need every other country in the world to ban it too. Otherwise, someone else would sneak out of the agreement to seize Bitcoin’s power, and capture an enormous economic advantage.

This kumbaya teamwork between every country in the world would simply NEVER work. Politicians are human beings after all, and they want to see their nation climb up the global rankings. It would only take 1 major country sneaking out of the deal to blow the whole plan up, and revamp the frantic musical chairs game all over again.

Thus, the USA will have no choice but to bite the bullet and allow its citizens to buy and use Bitcoin.

2. There’s too much big money in it already.

Unless you’ve been hiding under a rock for the past forever, you know that the U.S. government has become a complete mess of crony knob-gobbling from all sides. 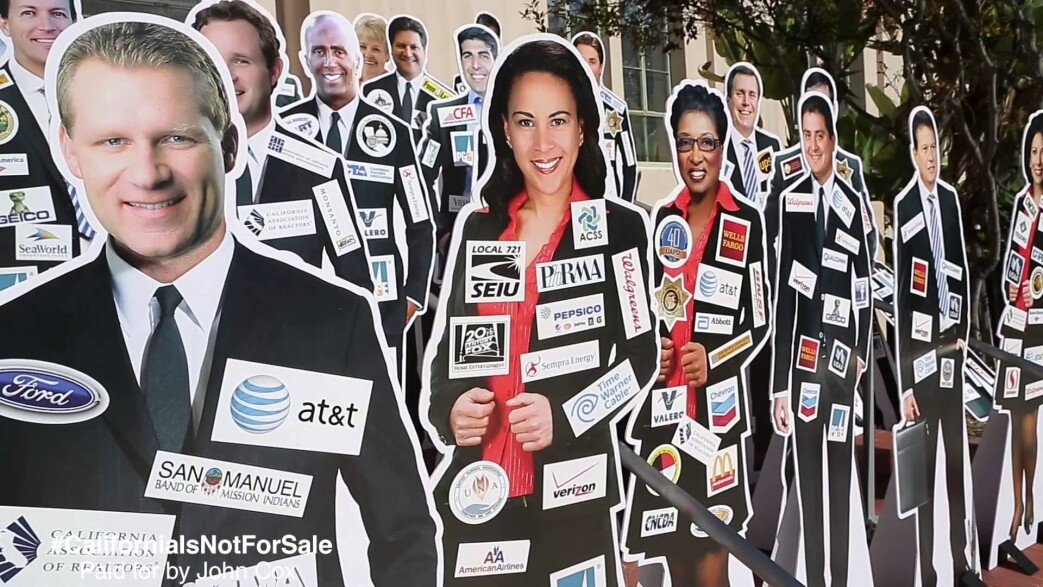 Other than the small (but growing) movement of far-left democrats that refuse political donations, the majority of politicians don’t give a rat’s ass about where their money comes from, as long as it helps them win. This is where Bitcoin comes in…

We’ve seen some of the biggest corporations on earth jump onto the crypto bandwagon in recent months (Paypal, Square, Fidelity, MicroStrategy, Mass Mutual Insurance to name a few), which creates a beautiful thing called incentive.

I.E. As bigger and bigger companies take positions in Bitcoin, it’s only a matter of time before we start seeing institutional BTC hodlers advancing their pro-crypto interests onto the congressional puppets they own.

This would naturally lead to a trend of crypto-evangelism within congressional doors.

If the increasing donor pressure from the premise above wasn’t enough, we’re also going to see game theory unfold between the politicians themselves.

Because both parties can easily craft a messaging strategy that would resonate with their base. 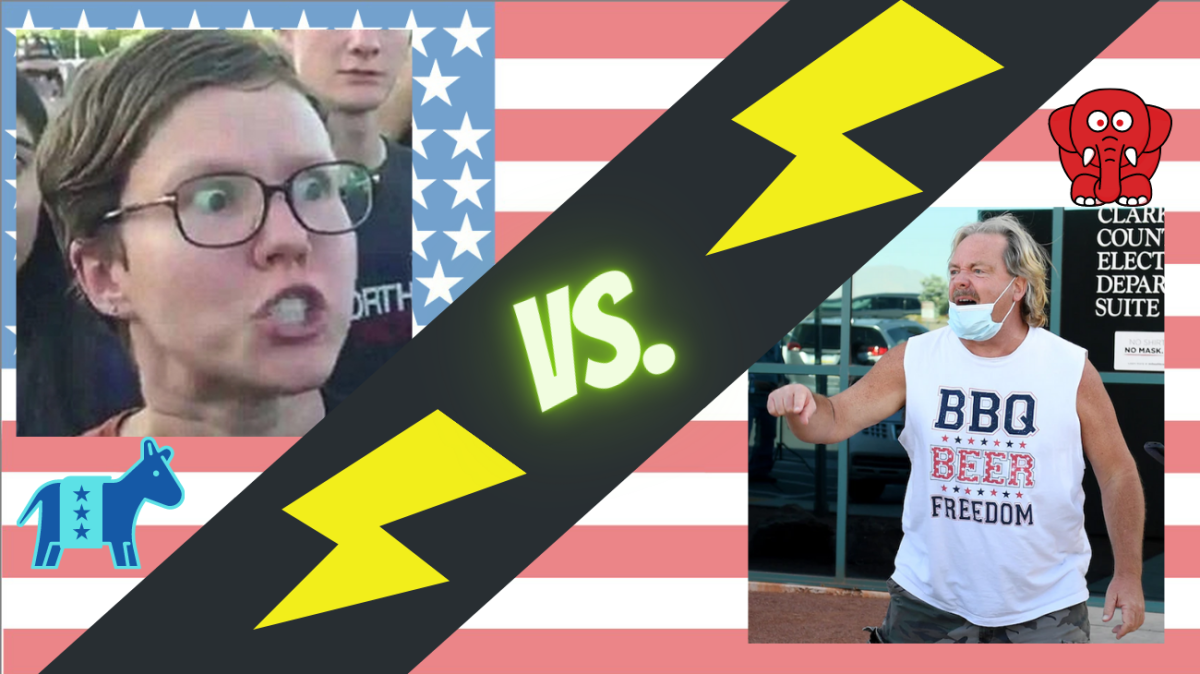 Those damn libtards are just going to print more money than ever before, and give it to lazy potheads that spend their day laughing at Trump’s Twitter ban. Oh, and they just freakin’ LOVE gigantic centralized government.

Bitcoin will disarm both of these left-centric power moves.

Republicans will push this narrative.

Donald Trump’s presidency can be summed up as a perpetual cycle of sucking off billionaire elites at his golf club, handing them tax breaks like candy, and raking in huge donations from them in return.

Bitcoin terminates this monetary manipulation circle-jerk, which has screwed the marginalized classes of society for decades.

Democrats will push this narrative.

Once high-level politicians see how effective these messaging strategies are, they’ll realize they have a golden pathway to strengthening their voter base by embracing Bitcoin with open arms (i.e. going onto FOX/MSNBC and shitting on the other side for being unpatriotic).

As these narratives grow, so will the Bitcoin/Crypto fanbase across both sides of the political spectrum, making the genie even more impossible to put back in the bottle.

4. Bitcoin adoption at the regional level will attract new taxpayers

There’s more than just votes at stake here–influencial figures are toying with the idea of packing up and MOVING to cities purely based on their level of support toward digital assets.

As crypto adoption grows, so will its influence in citizens’ decision-making process while choosing a new home. Lower-level politicians like Mayors, Governors, etc. will SCRAMBLE to gobble up these taxpaying citizens. This would lay the foundation for higher and higher level political leaders to follow suit on embracing BTC, until it eventually works its way up to the highest seat in the land. 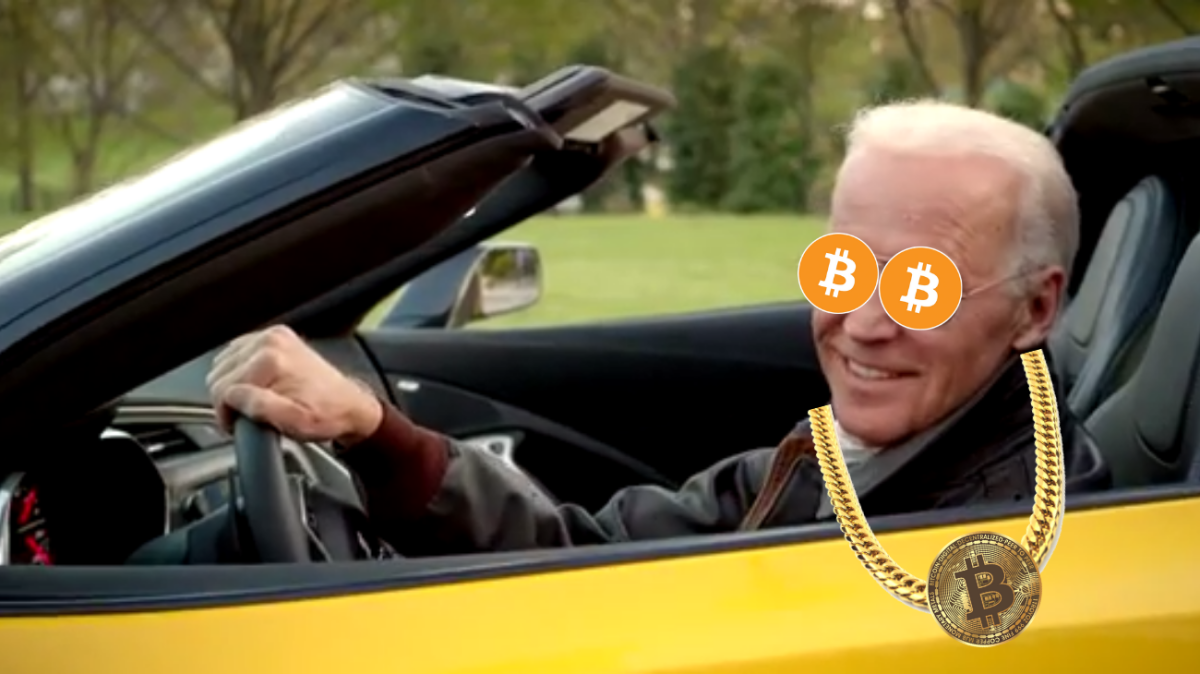 So…what can we take from all this?

In short: I believe that Bitcoin has become such an impenetrable force that both political sides will eventually decide that it’s in their best interest to embrace the crypto revolution rather than fight it.

Of course there will be stragglers–old white traditionalists that will kick and scream til the very end, but we’ve seen this process take place for every other niche of society. They will eventually crumble under the weight of inevitability, and scramble to learn how to use Bitcoin as a tool to progress their political agendas and careers.

As this bi-partisan political indoctrination occurs, social awareness from both sides of the aisle will reach fever pitch. When it’s all said and done, Bitcoin will emerge victorious from this final boss fight with the U.S. government, and cruise onward in its campaign to take over the world.

What do YOU think?

Am I completely out of my mind here, or is the entire crypto community dead wrong in its fears for political resistance? This is my first opinion piece that goes starkly against the community consensus, so I’d love to hear what you think.

*I use and love all of these, so feel free to ask questions about them in the comments!*

Publish0x – Y U no sign up yet?? Earn crypto for writing AND reading!

Unstoppable Domains – Claim your name in the future of crypto payments and web domains! (Referral bonus: $10 off your first order!)

BlockFi – The ultimate “savings account” for crypto holders. A must-add for passive income fiends (Referral bonus: Up to $250 bonus BTC!)

Ledger – The ultimate hardware wallet–stack your crypto here for the long-haul! (Referral bonus: varies. Click the link to find out!)

Ever Wondered How You Can Become A Private Investor? Don’t Miss This One: MOLASSES TOKEN