In June 2020, there were significant changes to the protocol. While the mechanism of placing funds on deposits and taking loans has remained unchanged, there has been a major change that has significantly increased the profitability of these practices.

Compound then took a significant step to increase its decentralization.

A few months ago, the project created the COMP token and a system in which, by voting with this token, you can decide about the protocol parameters. These parameters decide, for example, what tokens are accepted in the protocol, what is their lien factor or the model of calculating interest.

In the first months, the token was owned only by the creators of the project, its investors and partner DeFi projects. However, since June, this token has also been distributed among protocol users. 2,890 COMP tokens are distributed daily to the protocol users. 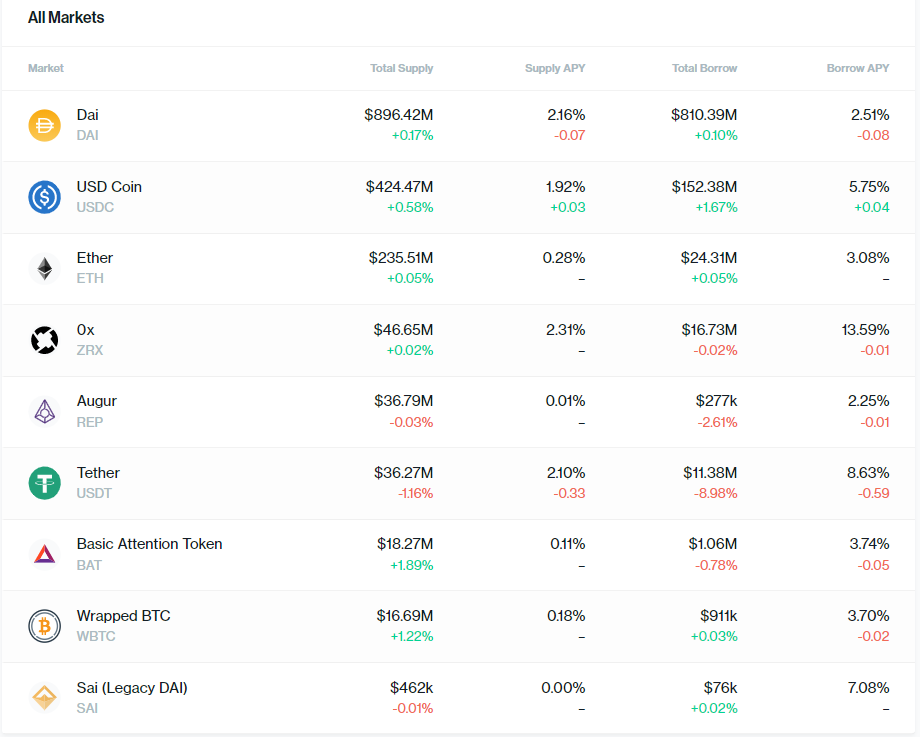 Currently, the number of tokens is first distributed among individual markets. The market consists of deposits and loans in one cryptocurrency. For example, loans and deposits with DAI make up the DAI market. This division is proportional to the value of loans taken in a given token. Then the pot of that market is divided equally into two. One part goes to the liquidity providers on the deposits of the given coin. The second for the borrowers of the coin.

Note that the split is equal, but that always favors borrowers. The capital of loans taken in a given token will always be lower than the sum of deposits in the same coin. And both sides of the equation get the same amount of COMP tokens. So 1 ETH on the deposit will give us less COMP tokens than 1 ETH of the loan taken.

An interesting phenomenon is the current market valuation of the COMP token. At the moment, it’s about $ 150. Which, with the current amount of capital in the system (over USD 1.5 billion), means that the value of the received COMP tokens is greater than the interest charged on loans. So you can say that we earn by taking a loan. 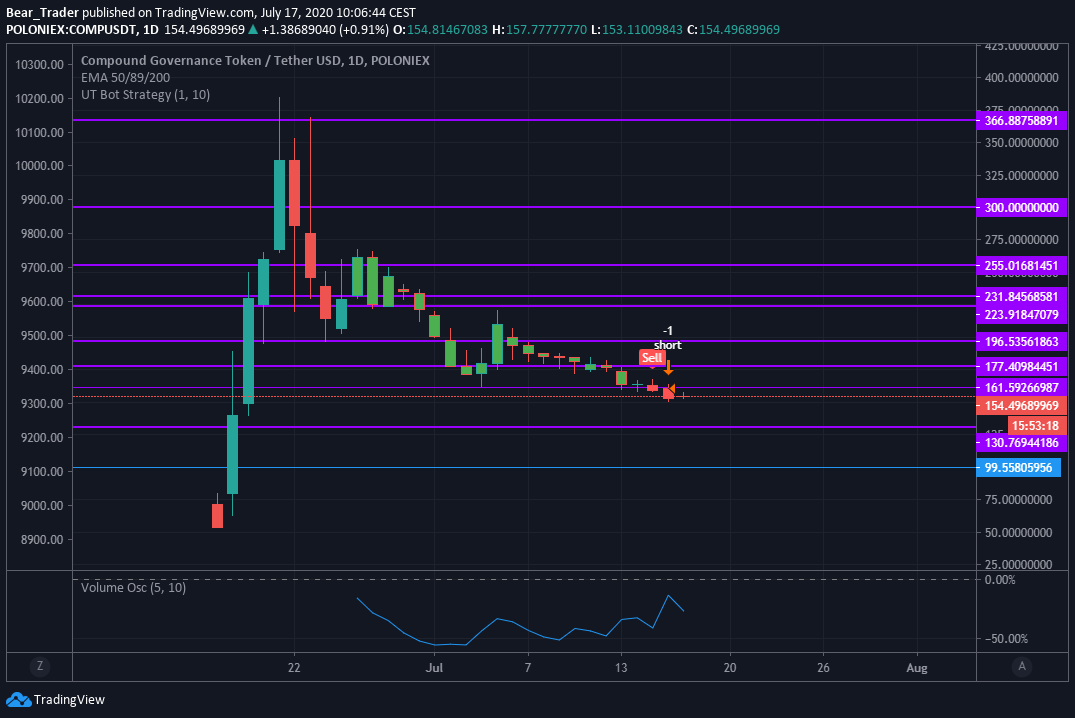 This situation, and the desire to get as many COMP tokens as possible (i.e. simply earn as much as possible), resulted in the phenomenon known as yield farming. It means activities aimed at increasing the earning effectiveness of our capital. If we get traditional interest and COMP tokens of higher value for placing funds on the deposit. If we pay interest for the loan, but get COMP tokens worth more than the interest. Why not put your funds on a deposit. Then use them as collateral against the loan. Then mortgage the loan on a deposit. To take another loan, etc. It is the practice of using leverage to maximize the value of our capital in the protocol. And thus increasing the pool of COMP tokens that we will get.

But we must remember that using leverage in the financial markets is dangerous. There is a risk that the value of our pledge and loan will change to our disadvantage. The value of the pledge will decrease relative to the value of the loan. And if it reaches the threshold value (it depends on the settings for individual tokens), our pledge will be liquidated. At a price slightly below the market value to recover the loan value. Thanks to this, the system ensures certainty of its coverage for the benefit of deposit owners.

We can significantly minimize this risk. If we use stablecoin as leverage for the second stablecoin. It just so happens that after changing the rules of token allocation (these changes were approved by COMP token holders), stablecoin deposits and loans are the most profitable. With particular emphasis on the high profitability of the DAI deposit. Here, without any flips, you have a few percent interest on the deposit itself. Plus about 10% of the value of the COMP distribution. Which gives us the equivalent of a bank deposit with an interest rate of several percent.

If we add a leverage here, in the form of borrowing a second USDC stablecoin against our DAI, and then buying a DAI for it, placing it on a deposit and taking another loan, we will easily achieve an annual rate of return of several dozen percent.

When using such practices, be aware of the risks associated with using leverage. While stablecoins should not differ too much in price, some extraordinary market circumstances may cause such a situation.

We should also remember that this interest rate is variable and the situation is dynamic. An attractive rate of return attracts new capital. So the same pool of COMP tokens goes to more people. Thus, the individual rate of return decreases. So it’s not a buy and forget solution. The situation should be systematically monitored, as market forces can significantly reduce the attractiveness of the offer over time. It is also possible to pass a change to the distribution rules that will change the rules of the game. 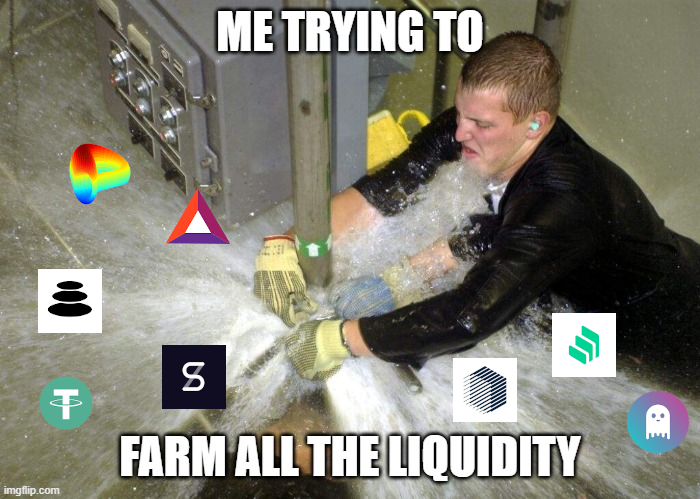