Tom Lee: Like FAANG Stocks, BTC Will Hit $25K Due to ‘Network Value’ 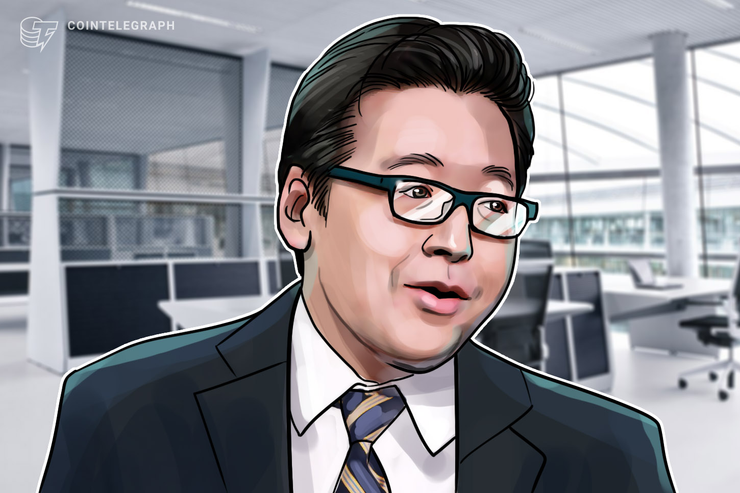 During an interview for CNBC’s Street Signs Asia on show on Nov. 15, Lee argued that cryptocurrencies “are network value assets” — and share this with the world’s most successful tech stocks.

Lee — a renowned Bitcoin bull, co-founder and Wall Street strategist at Fundstrat Global Advisors — made his argument when asked about the logic behind Fundstrat’s $25,000 by 2022 forecast for Bitcoin.

Noting that the number was set in 2017 as part of a five-year forecast for the asset, he said he still think it’s “quite easy to achieve”:

“Cryptocurrencies are network value assets, meaning the more people hold the asset, the greater the value. In fact, it’s a log function — so if you double the users hold it, you get a quadrupling of value. To go to $25,000 you essentially need a little less than 4x rise, which means you need to double the number of people who hold Bitcoin.”

Lee said that Fundstrat estimates that roughly half a million people own and use Bitcoin so that you would need to hit a million users to get a $25,000 valuation.

Noting that this is essentially a utility function, Lee drew an analogy with the performance of FAANG (Facebook, Amazon, Apple, Netflix and Google) stocks since their public listing. He said:

“70% of their return [since public listing] is explained by the growth of the global internet in that period of time. In other words, it’s a LOG function of the internet’s growth, and that’s how cryptocurrencies are going to work.”

In terms of other factors, Lee said he was very bullish on Bitcoin in the long term, saying he thinks it’s now “still the earliest days for digital assets” and that over time they’ll become highly institutional and an established asset class.

“Once we hit that it’s another hockey stick,” he said, somewhat disconcerting his interviewer with the metaphor.

In October, Lee argued that having made a big move at the start of 2019, Bitcoin now needs to consolidate its gains.

That same month, the strategist proposed that Bitcoin is positively correlated with the S&P 500 market index and is thus not a hedge against macro turmoil, as some argue.

What If Jeff Bezzos Bought All Bitcoins ?