Top cryptocurrency news for the week!

Robert Kiyosaki urged to buy bitcoin. Businessmen did not agree. 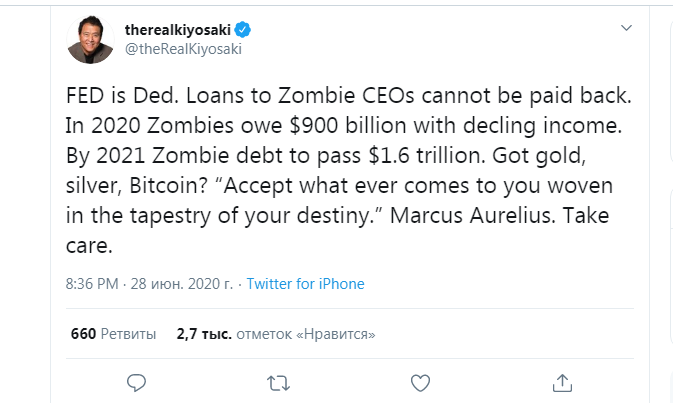 The author of the bestselling book “Rich Dad, Poor Dad” accused the US of supporting zombie companies and recommended investing in BTC as a defensive asset. According to him, the US government has allocated $ 900 billion in financial support to zombie companies, and these funds will never be returned. Therefore, investors should buy protective assets such as gold, silver and bitcoin.

Beijing unveiled a plan to turn the capital into a center for blockchain innovation by 2022: 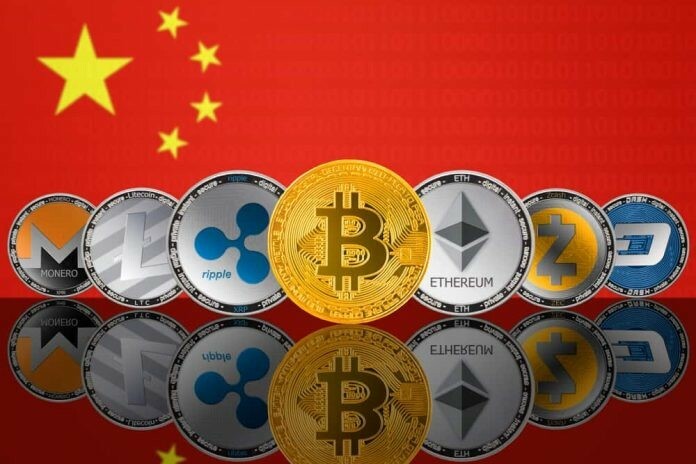 On June 18, they announced the “Action Plan for the Development of Blockchain Innovations in Beijing (2020-2022″, which describes the ideas for the full integration of distributed applications in the urban infrastructure. Among other things, it includes the creation of a specialized fund that will support blockchain projects. the use of technology will involve authorities, public services and financial services companies to verify and disseminate data.

The Winklevoss-supported SKALE platform was launched:
Startup Skale Labs, after several years of development, announced the launch of the first stage of its core network. The platform is designed to scale decentralized applications on the Ethereum blockchain.
“The SKALE pricing model supports Ethereum by providing decentralized applications with their own blockchains and charging them for server space used over a period of time rather than a transaction,” explained Jack O’Holleran, CEO of Skale Labs. “In SKALE, such operations will be performed thousands of times cheaper, while synchronization with Ethereum will not be lost.”

Dfinity opened the project to third-party developers and showed the “decentralized TikTok”:
The Dfinity project, which sets itself the ambitious task of creating a decentralized “Internet computer,” has opened its platform to third-party developers. To solve the problem, Dfinity uses a blockchain protocol that will combine the computing power of a decentralized network of data centers. This, as expected, will return control to the hands of developers involved in the creation of “open Internet services”. According to the company, it already has a “network of independent data centers” in the US and Europe.
Along with today’s announcement, Dfinity released CanCan, “an open alternative to TikTok.” The advantage of CanCan and the Internet computer as a whole is the use of less than 1,000 lines of code when creating it, while Facebook used 62 million lines in its code.

The increase in the number of “whales” in the bitcoin market: The number of bitcoin whales has been steadily declining since 2016, but has recently begun to rise again.

If we compare the current indicators with the values ​​of five years ago, it turns out that the number of bitcoins at the disposal of whales fell by 22% from 6.7 million to 5.2 million.

Binance is preparing to acquire a stake in a Swipe startup to issue its own payment cards:

Binance is preparing to close a deal to acquire a majority stake in the Swipe.io cryptocurrency startup. Information that Binance is going to issue its card appeared in March. The company then confirmed that it was really working on the launch of the Binance Card, which “will be able to do everything like conventional payment cards, and much more.”
Swipe.io provides a multi-currency crypto wallet and debit cards in Visa system with the ability to convert digital currencies to traditional ones. The cards are issued by Contis Financial Services Ltd, a Visa network licensed by the UK Financial Supervisory Authority.