USA. The interest rates of 10-Year Treasury Bonds reached 1.6%, however, sales occurred in all world markets. However, the dollar index (DXY) has started to rise again. We have seen such a move as the recovering dollar and rising interest rates eroded the risk appetite of the markets.
I have been reading the views of big investment institutions since the morning. Some say that this situation is temporary and the bond interest rates fall again, someone else said that the interest rates climb up to 2.5% and fall from there, etc. The differences in the comments indicate that this is an unexpected situation.
And, of course, our markets were hit harder because Bill Gates made a statement saying “If you are not as rich as Elon Musk, pay attention to BTC”.

A solid support has been formed at $ 44k in $ BTC. For the continuation of the ups, we need to break $ 48k as in the previous analysis. 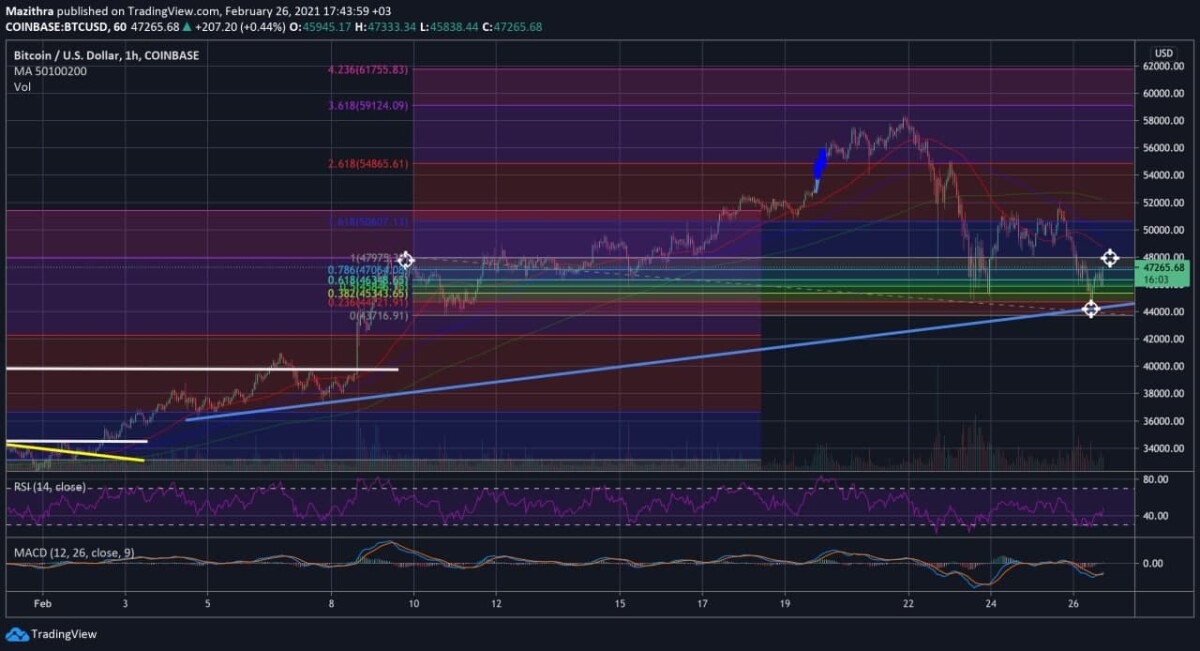 Yesterday the U.S. Parliament will vote on Biden’s famous $ 1.9 Trillion support package. It will likely result in a positive result. In my opinion, with today’s unexpected rate hike, it was aimed to eliminate the negative impact of the 1.9 trillion support package on the dollar. They’ve recovered DXY, which will decline anyway when the incentive package is approved …