I recently read an article that praised an entire community affected by the pandemic, achieving a livelihood, where its source of income had migrated to an unorthodox area for most that focuses on a traditional scheme. Personally, I was also surprised to read how this community took advantage of the advantages of video games to be able to survive and form a normal income that would allow them to access various products and services.

Certainly more is my amazement to see that it was not a simple game but one supported on blockchain. A set of non-fungible token (NFT), in this case, allowed to change the lives of all these people who, with great cunning, have known how to function the need with innovation and knowledge of new technologies and forms that the economy has through cryptos and their support such as the distributed registry.

In spite of the fact that in the past, and even today we have read how terms such as v-idiots are created in the framework of summarizing the behavior that many video games instill in people’s character, very different from the destiny they want to demonstrate. those that are supported on the blockchain. These games are not as simple as it seems and their conception goes beyond a simple search or epic. Its development involves you in a true business management, offering you the opportunity to evolve under a slightly different economic interaction that promotes a sustainable economy accessible to many people, while addressing issues such as usability and massification. 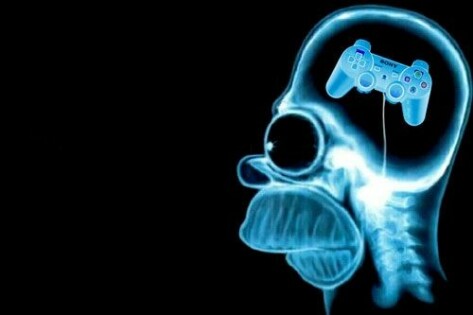 Really, the very idea that games are the perfect scenarios to apply those concepts of value and scarcity that highlight the true definition of money, and if it is within an interoperability and dynamics of these metaverses, the circle passes very underneath. it will be further strengthened until reaching new proportions.

The NFTs, mainly, will begin to be the epicenter of a world that is headed to play a leading role in a new economy that sets its foundations on the impetus and impulse of characters, aminations, works of art and other assets of a unique and unique nature. not repeatable on the network.

We have learned a lot about the incorrect ways of bringing our values to be represented by a mechanism of loss of value such as all that fiat money and that sooner rather than later, it is the same actors who will migrate that form of interaction for something more “digital“.

Really if we return to those concepts of v-idiots, we will see much more than an entertainment scheme, we will see visionary users capable of understanding and entering a way to be able to carry out a healthy financial planning and without prejudice from external entities.

The blockchain is really a way of concentrating all those values before they actually exist in an upper layer of link with the users. A huge difference that guarantees the originality and transparency of these NFTs and that forces us to see games with a different and broad character.

BananoCombat - Fight for BANANO in Minecraft!