The encrypted distributed database that provides transaction tracking can be defined as blockchain. Its technology is built on a chain model, but it cannot be tracked. The basic transaction logic behind the blockchain can be compared to the legacy registry system. Before computers became a part of our lives, accountants regularly updated the bank’s main ledger and wrote, signed and stamped the account balance. No changes can be made to these accounts after these transactions are completed. Here, blockchain is a recording system that allows transactions to be tracked in this way. However, the similarity between blockchain and banking system is limited to this example.
As we all know, every bank has its own closed-loop security system that monopolizes and monitors transaction activities. In the blockchain, these transactions work as follows: In a remittance transaction, the identity of the sender and receiver, the amount sent is encrypted and a new block is created. The information block is added to the end of other blocks and distributed throughout the blockchain network. In addition, a new block is added to make the block unchangeable and unbreakable. This is where the blockchain leaves the bank. Thanks to this decentralized and decentralized structure in the functioning of the blockchain, it enables the financial process, especially the liberation of the monopoly of various banks, to become a democratization.
In addition to allowing you to make transactions without connecting to the center, the blockchain also allows each user to connect to the network, send new transactions, verify transactions and create new blocks without any intermediaries. Thanks to the distributed database, every information is recorded in blocks using advanced encryption algorithms, so transactions can be carried out directly and securely between buyers and sellers. 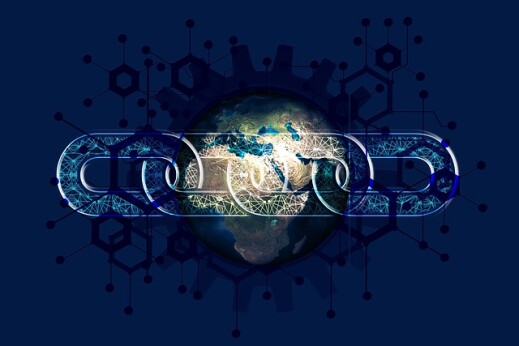 How does the blockchain system work?

Blockchain technology with a wide variety of fields of study is often referred to as cryptocurrency, but has been used in many centralized or decentralized industries. The uses of the blockchain include many formal and informal use cases, from banks to governments, from smart contracts to notarized transactions. As we all know, technology has the potential to cause revolutionary changes and transformations in almost every business model in the world.
Today, there are many settlements that integrate blockchain technology into their voting system. In addition, with this technology, control of the supply chain has become more transparent and consistent. Thanks to the blockchain, the tools used to build trust are no longer needed. Thanks to this technology, many processes that were previously controlled by humans are now more risk-free and transparent. Some officials describe blockchain technology as the most innovative invention since the birth of the Internet.
The most important feature of the working principle of blockchain technology; Although it is anonymous, distributed, decentralized and publicly available, it cannot be destroyed or hacked. The fact that the information recording chain is both accessible and indestructible impresses everyone, especially computer scientists, with the use of this technology. A simple logic is based on the fact that records processed in a block cannot be destroyed and changed: In order to destroy a block, all blocks in that registry with billions of copies must be changed. Such an intervention is almost impossible.