What is happening in Crypto-sphere?

Finally, i have already achieved one of my targets for 2021, reaching Silver I tier in Splinterlands . Now Gold is far far away, with almost 30k of Power needed, but i will get there, hopefully, until the end of the year. Three extra Reward Chests per season, so twice a month, and hopefully some better daily quest rewards are expected now. I am far from the top, but i hope to maintain my team in this tier in the next seasons. What can i say, i am happy. Now i can use my DEC rewards to buy more LEO. But enough about me.

There are some interesting movements into the CryptoSphere. First, Bakkt Holdings will merge with Victory Park Capital (a special purpose acquisition company), after releasing a projection seeing the crypto market cap growing up to $3 trillion by 2025. The resulting company will be worth more than $2 billion. Right now Bakkt runs a derivatives market, but rumours has it that they are working on a p2p payments and digital assets management application (maybe even dealing with NFT explosive increase). One can only hope!

Tether just printed another 2 billion USDT, adding to their total market cap up to 24.6 billion USDT. Once again, one can only hope there is nothing fishy behind these move, as it is not the first time when they did stuff without being backed by real fiat deposits. We will see!

UK financial regulators warned unregistered companies dealing with crypto to close and return funds to their investors. They claim this is related to the anti-laundering and counter-terrorist financing, and the deadline to register was 15 December 2020, long overdue by now. They were warning about this from the beginning of the 2020, but this was the final warning. 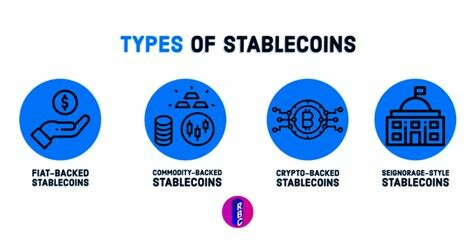 The algorithmic stablecoins are a relatively new concept, including projects like Ampleforth and ESD (Empty Set Dollar). They are supposed to stay close to the $1 value, but they are not doing that all the time, having a rebase (changing the total number of owned crypto, but keeping the same percentage of the market cap), positive or negative rebase leading to increase or decrease of the total number of the tokens owned. There is also a Geyser incentive program helping the Ampleforth liquidity providers. My personal opinion is that there is still more to improve when we talk about algorithmic stablecoins, so i do not like them much. The impermanent loss is much bigger than the potential benefits.

If you like NFTs and you have a WAX wallet, then playing Alien Worlds game here: https://beta.alienworlds.io/ and exchanging the TLM tokens on here: https://wax.alcor.exchange/trade/TLM-alien.worlds_WAX-eosio.token can give you some extra WAX to buy your NFTs. Try my method.

Another heartwarming story related to crypto, one with the happy end this time. A student finishing university, needing to move from his or her parents house in order to search for a job. Going through the staf, found and older model of Dell computer, and recovered a private key for a wallet having more than 100 BTC. Sold them all on December 22nd and made over 4 million dollars. Brave new life incoming, right?

I was surprised to see this Dan Latimer commenting on Hive about leaving Block.One and EOS ecosystem. He was one of the co-founder, and left saying that he needs to pursue new personal projects. He is also one of the founders of Bitshares and Steem. The price of EOS dropped suddenly after his announcement.

Real life applications for the blockchain, Frankfurt Airport uses a IOTA blockchain application to track COVID19 results. On the other side of the pond, we have struggling 10th Avenue New York bar owners trying to sell 2 of their location in exchange of Bitcoin.

Bitcoin was scary these days, dropping all the way to 30k, before recovering in the following days. According to Glassnode, the bitcoin whales were in frenzy mode, buying everything they could before increasing once more. UK Financial Conduct Authority did its job warning the potential investors that there are money to be lost in the Bitcoin bubble. US Federal Reserve is also noticing Bitcoin, and some economists think that this will be a problem when Fed will try to stop the bubble. It US the center of the crypto world or what? Why should all this matter so much, they are not even getting close to the amounts of crypto traded in Asia, to give just one example. Right now BTC is almost 35k and ETH close to 1100. On Paypal, just yesterday, 242 million dollars of crypto were sold via Paxos ItBit.

Kim Dotcom (MegaUpload founder) announced that he choose BCH over XRP. Should we worry or be happy? I do not know. He wanted low fees and fast transactions, easy to use and secure. and he quoted ”Bitcoin Cash ticked all the boxes”. New Zealand declared that he may be extradited to US to face copyright charges, and he can even be convicted. Another well known individual in the crypto-world, Steven Chen, founder of Gemcoin, pleaded guilty for tax evasion and money wiring fraud. Between 2013-2015 he scammed more than 70.000 investors. The long arm of the law…

Soon on Netflix, a Korean drama about Bitcoin, called ‘Pumping Time’. They will talk about ICO scams, Ponzi schemes and fraudulent trading, and some more.

…use the world best cryptocurrency exchanges: Binance, Coinbase and Kucoin.

…get the higher rewards for your investments using Blockfi for $50 bonus in BTC and Celsius.network, use Celsius referral 1235256530 for $20 bonus. Crypto.com is also a good choice at the moment, with the native coin CRO, being cheap to buy.

Start mining Helium (NHT) for free on Emrit.io. Use Torum instead of Twitter or just to get some extra crypto rewards.

The most lucrative faucets that I use: ZEN, ZEC, PIVX, LTC and few others.

Get ETH while writing on Publish0x blog, using the Brave browser – Presearch search engine to maximize your BAT income with some extra PRE tokens.

Check my Lbry.tv channel in here. I am also writing on Read.cash (Bitcoin Cash rewards there).

Disclaimer: This text is also re-published on my personal blogs, such as this one.

AMPL One Step Closer to Aave