All it took was a single word.

Well, technically three, for the cryptocurrency that had began once upon a time as a joke embark on a rapid upwards journey in price appreciation that many thought unbelievable: that was, of course, none other than your favorite Shiba-Inu-backed digital asset – DOGE!

Observers outside the world of cryptocurrency, along with veterans in the game, were just as stunned. Ecstatic long-term HODLers of the coin itself realizing the exponential gains DOGE had made for them, but not everybody was happy about it. Many are just now beginning to take cryptocurrency seriously because of the latest hype around the coin. A divisive sentiment remains in the air between those who take insult to the fact. But with the dust having settled, for now, many of those who missed Bitcoin (BTC) have been patiently waiting for DOGE to become the next big thing find themselves asking if Dogecoin will ever reach $1

Calls for .10, .20, .50, $1, and beyond to price predictions as outrageous as $10 were thrown around by more ambitiously hopeful Dogecoin holders, although it is likely calls for a double-digit Doge were made in jest.

Early adopters of DOGE began tipping people with 10,000 or even 100,000 DOGE for wows – back when 10k was not worth all that much. Despite this, Dogecoin brought many to the crypto space because it did not take itself too seriously, and well, because memes are fun.

Invented by software engineers Billy Markus and Jackson Palmer, Dogecoin first started as a joke in 2013. An Adobe marketing member at the time, Palmer purchased a domain for DOGE. Following that, in 2014, the currency was ready to be exchanged for US dollars.

The Dogecoin price was effectively flatlining shortly after the meme-based cryptocurrencies launch in 2013. However, this all changed roughly one month ago, when retail traders frustrated by GameStop restrictions switched to cryptocurrencies. Dogecoin’s subsequent rise by more than 600 percent since the beginning of February has been fuelled by celebrities on Twitter, with Elon Musk leading the charge – the beginning of a bizarre trend where famous personalities such as Snoop Dogg began endorsing the coin publicly.

Although some investors are now viewing the cryptocurrency as a serious investment, many experts point out the crypto remains worth very little. Kadan Stadelmann, CTO of open-source blockchain provider Komodo, expressed concern about amateurs investing their money in markets they may not fully understand on the back of hype.

“People who are new to crypto should be cautious of celebrity endorsements. Although Elon Musk, Snoop Dogg, and other celebrities have shown support for Dogecoin, DOGE climbing to $1 is unrealistic. Yes, DOGE could continue its climb, but often-times the allure will fade away for celebrities, and retail investors end up holding the bag at the end.” Stadelmann has stated.

Analysts suggest potential investors will require a lot of nerve to put their faith in Dogecoin one day being worth $1. 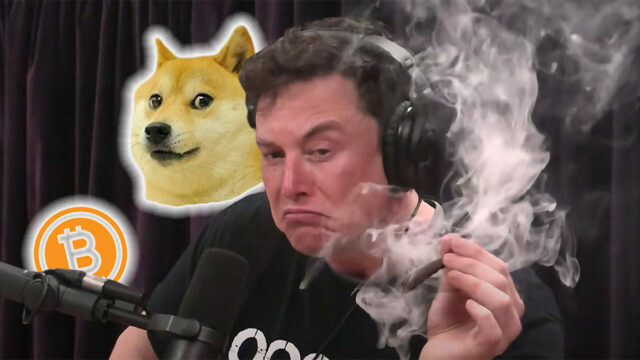 Elon Musk told chat app Clubhouse last week: “Occasionally, I make jokes about dogecoin, but they are (really) meant to be jokes.”

One thing is for sure, though – Dogecoin is no longer a joke – for now.

Doge is for Idiots but it Won’t Tank Crypto

Polars Review – A New DeFi Project within the Prediction Market

Use Caution If You See Posts Like This On PublishOx

This Week’s Trending Cryptos – And What They Do