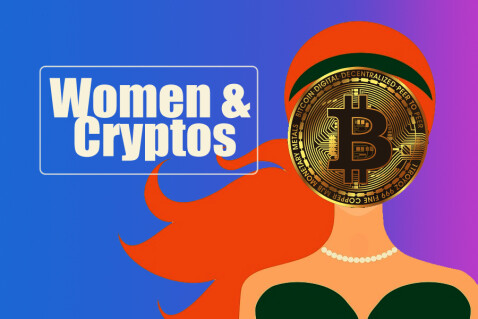 All industries interrelated with crypto do not stop expanding. FinTech has obtained exponential growth all over the globe, the number of startups related to blockchain are springing up strongly, Ethereum has surpassed the one billion dollars blocked due to the expansion of the conglomerate of companies that offer DeFi services that does not stop growing , banks and traditional companies begin to take steps towards the use of blockchain and state regulation begins to accept the reality of cryptocurrencies.

All over the world women face challenges in having their rights recognized. Be it the disparity in wages in Western countries, or the most inhumane repressions to which they are subjected in countries in Africa and the Middle East. Women’s liberation is an issue on the agenda that must be addressed urgently. And in this sector, as in most of the problems that affect our planet, cryptocurrencies can be of great help. As a means of promoting female empowerment. By providing women around the world with an income stream, either as crypto traders, or as experts in a rising sector like Blockchain technology.

At the end of the day, if the world economy will need anything for decades to come, they will be experts in this new technology, whether they are male or female. Therefore, by training in this area, women will be able to access previously unknown opportunities. That will allow them to gain autonomy and independence from their male peers. Something in which Gemini, the company of the Winklevoss brothers, works in alliance with the Mona Foundation and The Giving Block.

“The potential #crypto has to benefit women globally is transformative. This # IWD2020, we’ve partnered with Gemini & TheGivingBlock to raise awareness of financial disparities between the genders. ” Reads the Mona Foundation tweet.

Thus, Gemini and The Giving Block would be taking advantage of the facilities of cryptocurrencies to carry out operations worldwide, to finance a program such as that of the Mona Foundation. Demonstrating how the crypto world and feminist struggles can shake hands around the world.

This obvious growth started years ago and has reached this point thanks to the efforts and persistence of some personalities. The technology sector has traditionally had a stigma of not having a presence of women in the industry. In the crypto world this is not true, as there are many influential women in the space and therefore BeInCrypto has created a list of the top 10 women in the crypto and blockchain sector.

Uptrennd is Out – Trodl is In